The Maharashtra Anti-Corruption Bureau (ACB) on Monday clarified that while it has closed the probe into alleged irregularities in nine irrigation projects in Maharashtra, none of these were linked to deputy CM Ajit Pawar.

The ACB's clarification came after opposition Congress claimed Ajit Pawar was "exonerated" in lieu of his support to the BJP in forming a government two days ago.

Maharashtra ACB chief Parambir Singh was quoted as saying that "none of the cases that were closed today are related to Maharashtra Deputy Chief Minister, Ajit Pawar."

Earlier, there were reports that the ACB gave a clean chit to deputy chief minister Ajit Pawar in the Rs 70,000 crore irrigation scam. The investigating agency has also closed the probe into the scam.

After becoming chief minister in 2014, the Devendra Fadnavis government had given the go-ahead for an ACB inquiry into the irrigation scam involving Ajit Pawar and other top NCP leaders — a probe that was ongoing till Monday. 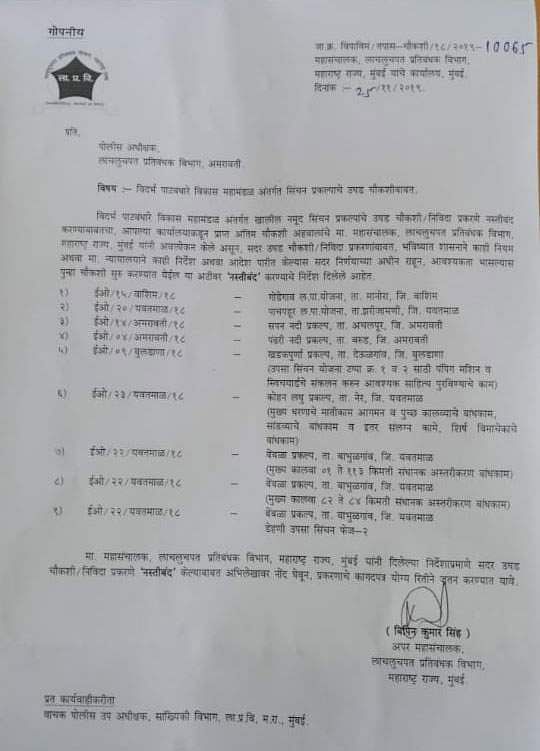 The Vidarbha scam is related to the alleged graft in approval and execution of various irrigation projects during the Congress-NCP rule. Ajit Pawar was among the ministers who were in charge of the irrigation department at different times between 1999 and 2014.

The ACB announcement came just two days after Fadnavis made a dramatic return as CM.

The BJP government was propped up by the younger Pawar who it emerged later had revolted against his uncle Sharad Pawar.

The Sena had earlier broken its three-decade-long ties with the BJP after the latter declined to share the chief minister's post.

Earlier, in the morning, the Supreme Court has reserved its order on the Maharashtra floor test for 10.30 am Tuesday after hearing the plea filed by the Shiv Sena-NCP-Congress combine against the Maharashtra governor's decision to swear in Devendra Fadnavis as chief minister.