It is worrisome, say celebrities named in FIR for open letter to PM Modi

NEW DELHI:  The FIR ordered by a Muzaffarpur court against 49 celebrities over an open letter they wrote to the Prime Minister on July 23 to protest lynchings in India, has set off a storm with some of those charged saying such a trend was ‘worrisome.’ It also drew political reactions with Congress leader Rahul Gandhi expressing concern.  Ace film director Adoor Gopalakrishnan on Friday said in Thiruvananthapuram that the registering of an FIR based on a court order was worrisome. “...This is undemocratic and will create doubts about the law and order system in the country.” 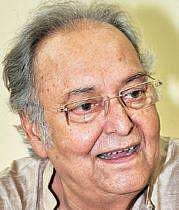 An FIR was lodged in Bihar against around 49 celebrities, including Ramachandra Guha, Mani Ratnam, Adoor Gopalakrishnan, Shyam Benegal, Soumitra Chatterjee, Anurag Kashyap, Subha Mudgal and Aparna Sen, accusing them of tarnishing the country’s image and undermining the PM’s impressive performance.

Actor Soumitra Chatterjee said, “I only raised my voice against mob violence. The letter was not at all politically motivated,’’ he said. When contacted, actress and film director Aparna Sen said, ‘‘Can’t say anything because the matter is sub-judice.’’

‘Not politically motivated’
Actor Soumitra Chatterjee, one of the 49 signatories, said he heard about the charges against him. “...I signed the letter as a citizen of India and addressed it to the Prime Minister because the country is now under his leadership. The letter was not at all politically motivated.’’