An alumna of LU, she was conferred Honoris Causa.

Even as meritorious students were being felicitated, Lucknow University’s convocation ceremony revolved around ISRO scientist and Chandryaan-2 Mission project director Ritu Karidhal Srivastava. An alumna of LU, she was conferred Honoris Causa. The ISRO scientist remembered her teachers and thanked them for inculcating important values in her. “I completed my doctorate from the physics department in 1996. The lessons learnt during my time here helped me enter the vast universe of ISRO,” said Karidhal. She also expressed gratitude to her parents for allowing her to move out of the city to pursue her goals. 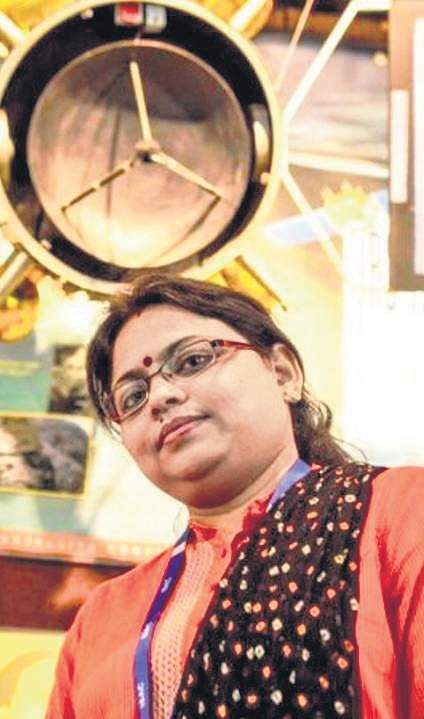 Late but more than steady monsoon
The southwest monsoon withdrew from Lucknow on a 22 per cent surplus note, which is the second highest rainfall recorded here in past 10 years. Between June 1 and September 30, the city received 856.7mm rainfall against a normal 704.4mm. Interestingly, the overall monsoon rainfall in the state ended in 9 per cent deficit. Rainfall pattern in Lucknow was good for recharge of groundwater, which is depleting at a rate of one metre per year. Instead of short duration downpour, the city witnessed light to moderate rainfall over days in three major spells. Monsoon arrived late — the southwest currents reached on July 3 as against a normal date of June 18. Three major rain spells — July 5-13, August 23-30 and September 25-30 — were responsible for the above average score.

Girl power again
As part of efforts to integrate primary and higher education in UP, 20 students of government primary schools were felicitated at Lucknow University’s 62nd convocation on last Tuesday. The students were from schools of Barabanki district. Governor Anandi Ben Patel, who floated the idea, felt convocation was an occasion to introduce school children to university culture through such integration programmes. The students were ecstatic after attending the function. The medals, huge stage and historical building of Lucknow University campus all was eye catcher for the students from hinterland.

23-year-old brings laurels to the country
Twenty three-year-old Yugratna’s discourse on climate change at 25th conference of the Parties of the United Nations Framework Convention on Climate Change in San Jose was appreciated when she asked world leaders to increase their participation for mitigating climate change. “Climate catastrophe doesn’t realise borders but climate action does, which is why importance of spaces that facilitate consensus, dialogue and understanding is undeniable. For many developing countries, it is often the only space they have to make their voices heard and concerns known,” said Yugratna, a resident of Lucknow. An engineer by profession, Yugratna is involved with UN work for over a decade now. She also attended the UN general assembly held in September.