Tell me how many people will be put in an already crowded jail?” Sharma said on Sunday.

BHOPAL: On a day when the Union Ministry of Road Transport and Highways implemented around 63 clauses of the amended Motor Vehicle Act across the country, the Madhya Pradesh Law and Legal Affairs Minister PC Sharma made it clear that the amended law is not being implemented in the state from Sunday. 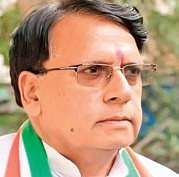 “Even under the old law which prescribed for penalties of Rs 250 to Rs 500 for traffic violations, me and other MLAs received 20-25 phone calls daily from those penalised. Now with the fines being hiked up to Rs 5000 and Rs 10,000, we will receive so many calls that we’ll have to switch off our mobile phones. Under the new law, if the hefty fines are not paid by the traffic rule offenders, it could lead to jail term. Tell me how many people will be put in an already crowded jail?” Sharma said on Sunday.

“The state government has not released any notification to decrease the penalties finalised by the Centre but Madhya Pradesh government is in touch with the BJP-led government at the Centre over this matter. “The government will launch an awareness programme before implementing the Motor Vehicle Act 2019” Sharma said.

State BJP spokesperson Rajnish Agarwal said, “It was with the Congress support that the new Motor Vehicle law was passed. Why is the MP government now dilly-dallying in implementing it?”

Now we are on Telegram too. Follow us for updates
TAGS
traffic fines traffic rule violation