Jashika Khan alias Lovely and Mohammad Azajuddin alias Ali have become the centre of attraction in Kolkata after they were identified by an IAS officer in West Bengal. 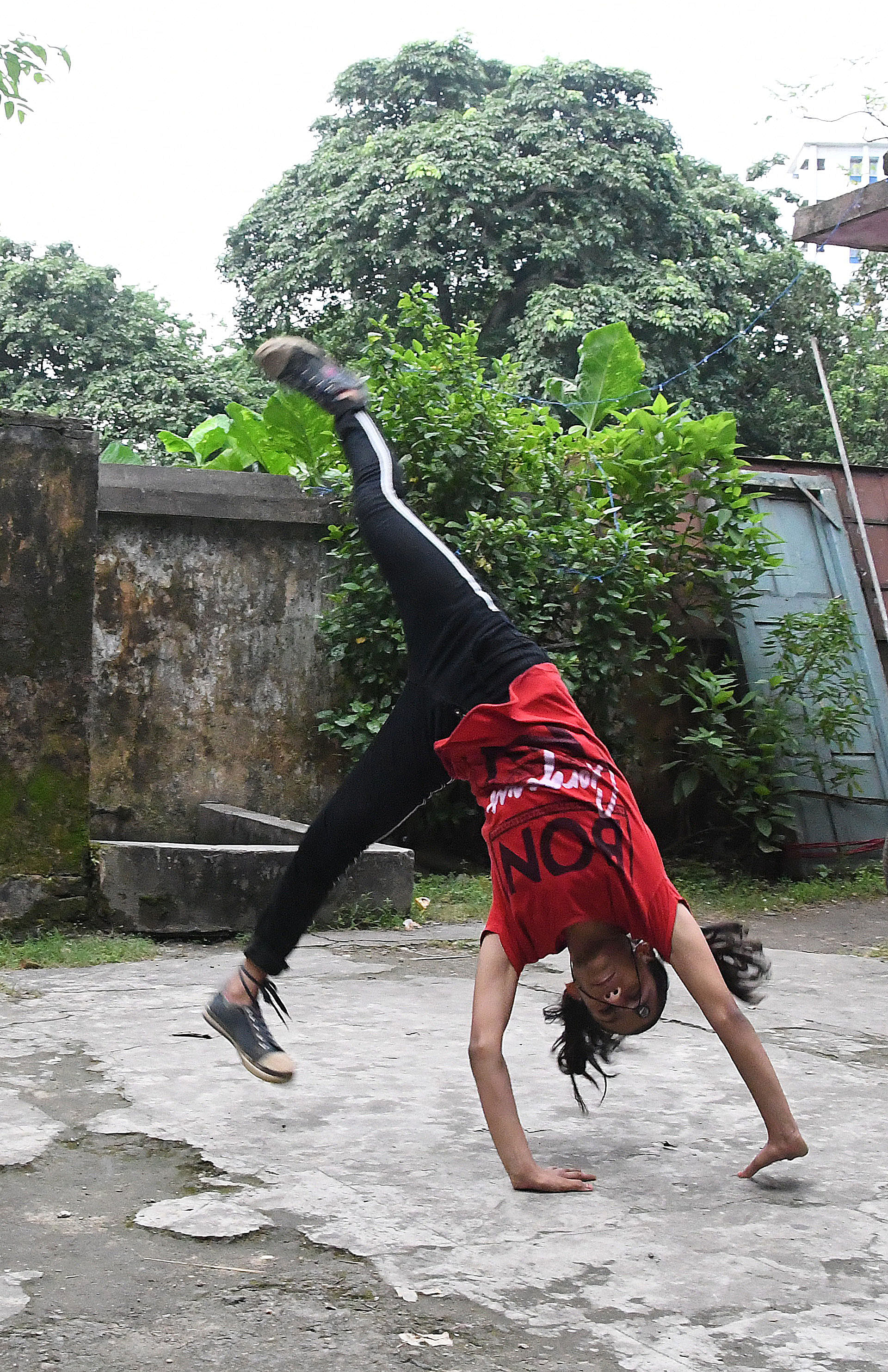 Lovely, daughter of a driver, studies in Class VII

Jashika Khan alias Lovely and Mohammad Azajuddin alias Ali have become the centre of attraction in Kolkata after they were identified by an IAS officer in West Bengal. Union sports minister Kiren Rijiju also appreciated Comaneci’s praise and tweeted: "I am happy that Nadia Comaneci tweeted it!"

"We keep doing it. It is great fun. I enjoy every move," said Lovely, who does not know who Comaneci is. She has no clue that she is now famous across the country for her acrobatics.

Echoing her, Ali said he always loves to perform somersaults. "It does not matter whether the surface is hard or soft. I am always confident about my landing skills," he said.

Lovely, daughter of a driver, studies in Class VII and Ali, whose parents work as labourers in a container godown in the port area, is in Class VIII. Both are students of Sanghamitra Vidyalaya.

The video that has over 5 lakh views on Twitter was taken by the duo’s mentor Shekhar Rao. He uploaded the video on his Facebook page.

"They joined my dance class four years ago. After teaching them for two years, I realised the two children have extraordinary skills. Since then, I asked them to focus on their skills," said Rao.

Rao teaches underprivileged students free of cost. "I charge those who can afford to pay. I spend the money collected from other students to teach a group of 70-odd children, including Lovely and Ali. I give them T-shirts, track pants and shoes which are required for the training. I also bought floor mats for them," said Rao.

Lovely’s mother Reshma Khatun said she is feeling proud of her daughter. "But if I knew that she would perform the act on the street, I would not allow her. But things have changed since the video went viral. When I got Lovely enrolled in the dance class, our neighbours and relatives criticised my decision. My husband stood beside me. He said we should allow her to take part in activities of her interest," she said.

Ali’s mother Kesri Bibi said when Ali insisted to join the dance class, she did not agree. "It was because we were not in a position to bear the fees. When Ali told me his mentor would not take money, I allowed him to pursue his dream," she said.

Biswarup Upadhyay, the headmaster of Sanghamitra Vidyalaya, said he was in the dark about the duo’s talent. "I came to know about it after the video went viral. They are from a poor family. It will be good if any individual or organisation comes forward to help them develop their skills," he said.