Union ministers will fan out in state capitals on Sept 9-10 to talk on govt achievements.

NEW DELHI: The NDA government will unleash a media blitzkrieg to publicise its achievements on completion of 100 days, with 25 pressers planned in various state capitals to be addressed by Union ministers. The blitzkrieg will showcase the theme of a determined government led by Prime Minister Narendra Modi who takes decisive decisions. 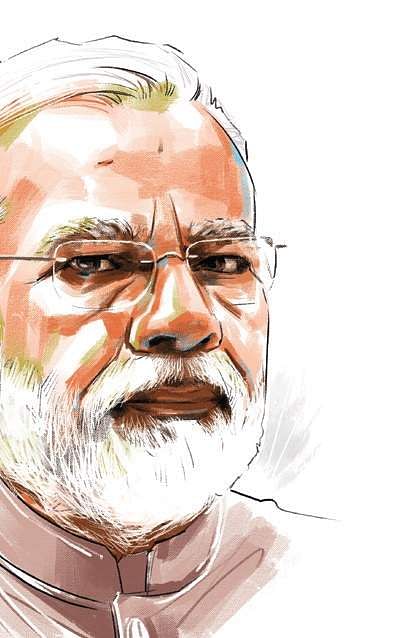 While the NDA 2.0 government is completing 100 days in office on Saturday, three days’ long celebration campaign will begin on Sunday. “E-booklets, e-pamphlets and audio-visuals have been prepared, which have been approved by the ministers during a presentation on Wednesday in a meeting at the Parliament annexe,” said a senior official in the I&B Ministry.

The PM would mark the 100th days with two scheduled programmes, which include the launch of immunisation programme against Foot and Mouth disease of the bovine cattle in Mathura, Uttar Pradesh and witnessing the Moon-landing with children selected from across the country.

“Audio-visual materials on the success stories in which the beneficiaries share their experiences on specific achievements of the government have been prepared. Victims of the outlawed practice of instant divorce amongst the Muslim women would share their joys at the enactment of the law by Parliament,” added the official.

Union ministers would fan out in state capital during September 9-10 to hold pressers to talk achievements of the NDA government. “All the ministries have submitted their achievements during the first 100 days of the government. There will be specific e-books on each of the ministries,” said the official, who added that the ministers would also pen articles for the national and regional media in all the languages.

Key talking points
The achievement list would include legislations enacted, with abrogation of Article 370 at the top, besides laws against terrorism. Measures taken to benefit farmers, unorganised workers will also be among key talking points