Sahir had written songs for the 1957 film, now considered a cult classic. Several situations in the film, whose protagonist played by Dutt too was a poet, were based on Sahir's life.

NEW DELHI:  A bunch of priceless handwritten letters, diaries, nazm, and black and white photographs of legendary Urdu poet-lyricist Sahir Ludhianvi were found at a scrap shop in Mumbai, and has been bought by an NGO for just Rs 3,000 for preserving it.

Mumbai-based Film Heritage Foundation, a not-for-profit NGO, found these items recently amid a dump of newspapers and magazines at the scrap shop in Juhu and now plans to preserve and exhibit "the archives".

"The diaries found have details of his daily routines like where he would be going for song recording and other personal life happenings. Then there are several poems and notes. The notes are related to his publishing house 'Parchaian'," Shivendra Singh Dungarpur, the founding-director of Film Heritage Foundation, told PTI. 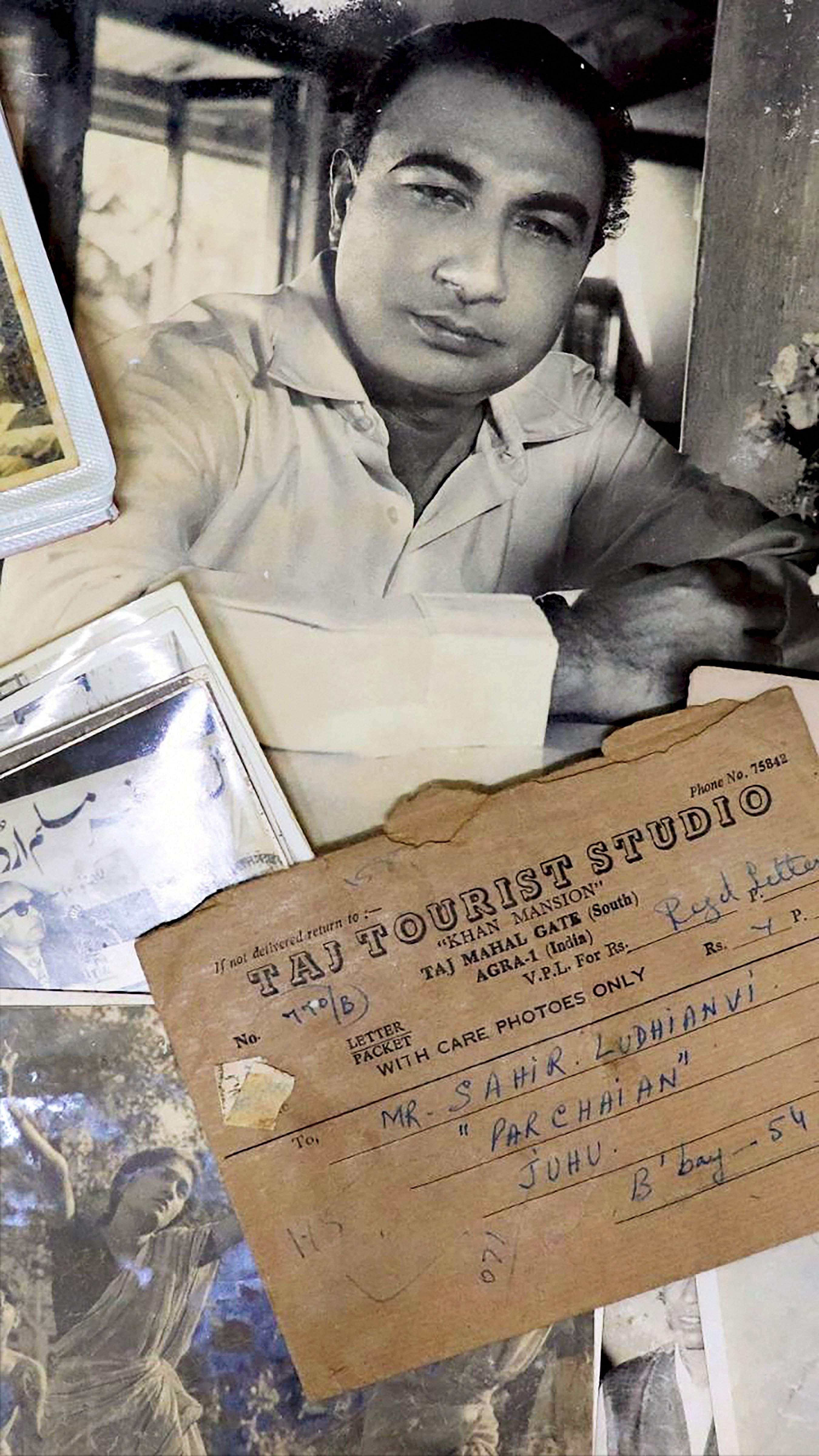 "There are letters addressed to him from prominent people of the time like music composer Ravi, his friend and poet Harbans.  Some of the letters are in English, and some in Urdu. Rest all work is in Urdu," he said.

Then there are photographs of Sahir -- some individual, some with his sisters and friends and some of his home in Punjab. The foundation's experts are analyzing the poems and finding out which are the ones that have not got published, he said.

"This is reminiscent of a scene from Guru Dutt's 'Pyaasa' where the protagonist's poems and writings are found at a scrap shop," he said.

Sahir had written songs for the 1957 film, now considered a cult classic. Several situations in the film, whose protagonist played by Dutt too was a poet, were based on Sahir's life.

Dungarpur said his foundation had purchased the entire collection of Sahir's items for Rs 3,000, stressing how the invaluable work of the master poet had landed in a quaint scrap shop in a Mumbai bylane.

"Our team is always on the lookout for such film-related works.

We once found original film reel of Guru Dutt's 'Bharosa' and actress Sadhna's items in similar condition and have restored them," he said.

"Afsos hota in cheezon ko aisi haalat mein dekh ke (it is saddening to find such articles in this condition). But we are happy that we are able to find and preserve them," he added.

The Film Heritage Foundation now hopes to restore these archival items, digitize the documents and preserve them.

"The findings are very significant. If these are handwritten notes and letters that increases its value and could be used by researchers," said Abdur Rasheed, Urdu professor at Jamia Milia Islamia in New Delhi.

Rasheed, also a collector of archival books and documents, especially in Urdu, stressed the need for digitizing and preserving such archives for posterity.

Now we are on Telegram too. Follow us for updates
TAGS
Sahir Ludhianvi Film Heritage Foundation