As of now there are 170 districts across 20 states or Union Territories that have been identified as hotspots.

NEW DELHI: The Centre on Wednesday released a list of districts categorised as hotspots for Covid-19 (red zone), non-hotspot districts that do have positive cases (yellow zone) and districts that have had no case for at least 28 days (green zone), and urged states to implement containment measures in a focused manner during the extended lockdown period.

The hotspot are the highest case load districts contributing to more than 80% of cases in lndia or districts with doubling rate of less than four days (calculated every Monday for the last seven days), Union health secretary Preeti Sudan wrote to chief secretary of all states on Wednesday.

The highest number of such districts are in Tamil Nadu, followed by Maharashtra, Rajasthan and Delhi. States should implement strict containment plans, Sudan advised.“This exercise of identification of hotspots has to be done on weekly basis (every Monday) or earlier,” she said.

The Centre also asked states to undertake surveillance of severe acute respiratory illness (SARI) and influenza-like symptoms in districts not having any confirmed cases so far besides ensuring dedicated Covid hospitals. It said containment operation would be deemed over when there is no case reported in 28 days from an area after last case tests negative. 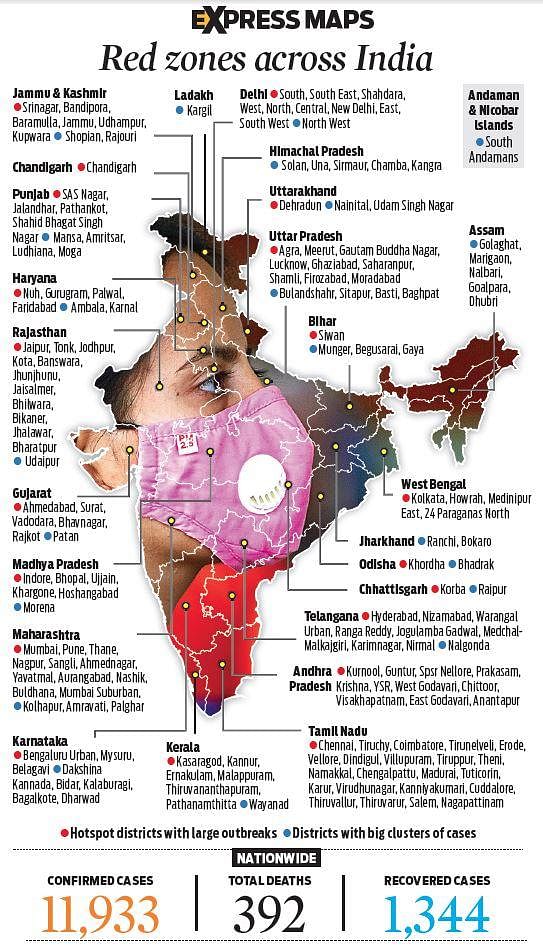