According to the new law, violence against healthcare professionals will be treated as cognizable and non-bailable offence. Plus, investigations into such cases will be wrapped up in 30 days.

NEW DELHI: To put an end to rising instances of violence against doctors and other health professionals, the Centre on Wednesday promulgated an Ordinance.

According to the new law, violence against healthcare professionals will be treated as cognizable and non-bailable offence. Plus, investigations into such cases will be wrapped up in 30 days.

The Union home ministry directed all states and Union territories to take measures for the safety of doctors.

The Ordinance, which amends the Epidemic Diseases Act, 1897, offers compensation against injury and damages to properties.

Those causing injuries could be sentenced to anywhere between three months and seven years in jail.

Besides, fines ranging from Rs 1 lakh to Rs 5 lakh can be imposed.Additionally, the Ordinance provides for compensation to damage of properties and vehicles, with the culprits liable to pay double the market values.

“The government will not tolerate violence against the corona warriors, the frontline health personnel, which include doctors, paramedic and Asha workers. The Ordinance will shortly be notified and strict action will be taken against those who harm corona warriors,” Union minister Prakash Javadekar told reporters after the Cabinet meeting, which was presided over by Prime Minister Narendra Modi.

The Ordinance empowers both the Centre and states to exercise power to protect the health personnel. While the investigating officer will have to complete the probe within 30 days, the decision has to be announced in a year.

Home Minister Amit Shah and Health Minister Harsh Vardhan persuaded the doctors not to resort to even token strikes, with the country facing the grave challenge from the outbreak of the COVID-19 pandemic.

MHA directed states and UTs to appoint district-level officers who would be available round-the-clock to redress any safety issue related to medical professionals.

Union Home Secretary Ajay Bhalla urged states to invoke provisions of the Disaster Management Act, 2005 or any other law in force against offenders. In his letter, he cited instances of unruly behaviour hampering the last rites of medical professionals and sought clear actions against the hooligans.

He asked states and UTs to submit details of actions taken by them to the Centre. 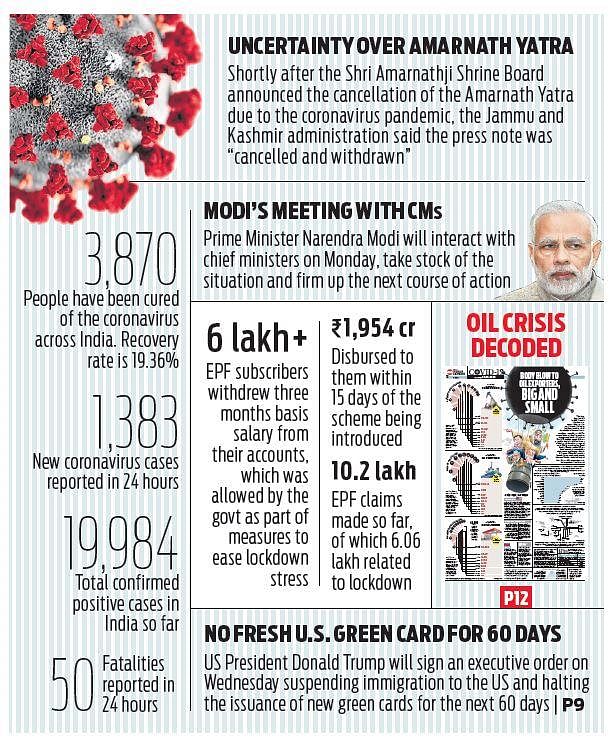 Stay up to date on all the latest Nation news with The New Indian Express App. Download now
TAGS
Coronavirus COVID-19 COVID Warriors