A click of a mouse is all it takes for farmers in remote Arunachal hills to sell their produce across India and this enterprising DM has made it possible, reports Prasanta Mazumdar

ARUNACHAL PRADESH: Farmers in remote, mountainous villages of land-locked Arunachal Pradesh have found a huge marketplace to sell their products without any hassle. No longer do they have to negotiate treacherous tracks to reach markets and to deal with exploitative money-lenders and ‘middlemen’ because now they can sell their agricultural and horticultural produce at the click of a mouse and are getting better prices, too. It’s all thanks to an e-portal, www.arunchalfarmers.org, launched by the administration.

The e-portal is the brainchild of Prince Dhawan, the district magistrate of Lohit in eastern Arunachal. After Dhawan became the DM last year, he helped the farmers come together and form Farmer Producers’ Organisations (FPOs). The portal has helped the FPOs take their products to merchants across the country. The Arunachal farmers mostly grow turmeric, black pepper, ginger, sticky rice, orange, apple, kiwi etc. The merchants directly contact them and place orders. The government has tied up with two companies to transport the goods outside the state. 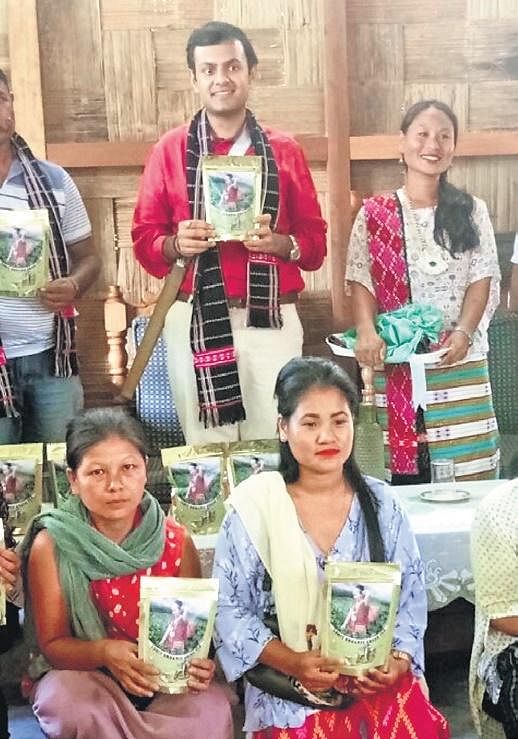 “Earlier, the farmers faced a problem selling their produce. Also, at the time of sowing seeds, they used to borrow from money lenders. Post-harvest, they never got a good price as they had to sell their produce to the money lenders to repay debts,” Dhawan told this newspaper. Now, the farmers are not required to borrow money as the government funds the FPOs. “The prices of all the products were previously very less. Now, the farmers are increasingly getting connected to markets outside, thanks to the portal,” the IAS officer from Chandigarh said. Currently, the portal caters to some 300 farmers in Lohit and Anjaw districts, but Dhawan said farmers of other districts, too, would soon have the FPOs. “Apple is grown on a large scale in West Kameng district.

Similarly, kiwi has massive plantations in Ziro. So, the farmers there will soon join in. We haven’t yet started advertising the e-portal aggressively. But we will start doing that soon,” the DM said. The government’s role is three-pronged — it does quality checks; educates and facilitates farmers to get enrolled into the portal; and helps them in doing scientific cultivation. Given the intervention, the quality of products is improving. The government has also launched a mobile app where farmers can check the orders. The prices are fixed by the farmers but the merchants can negotiate directly. “We have appointed agricultural extension officers.

They visit the fields and guide the farmers. We have also tied up with the Krishi Vigyan Kendra, Namsai. There is a senior scientist Dr Manish Kamath, who is helping us a lot,” Dhawan added. Praising the DM’s initiative, Safior Rahman, a horticulture development officer in Lohit, said he had not come across an officer as efficient as Dhawan in the past 23 years of his professional service. The farmers can’t agree more. Jamenso Kri, a farmer from Tezu in Lohit, is so excited over the change that FPOs and the e-portal have brought about that he is hoping to turn his FPO into a ‘company’. “It’s been five months that the portal was launched. Our target is to enroll 700 farmers into our FPO.

As we have started getting demands online, I have no doubt our FPO will turn into a company,” a confident Kri said. “Now, as we have started getting demands online, the brokers will cease to exist. The state governor and chief secretary visited our place recently. Both showed a lot of interests,” Kri added. Solemso Ama, another farmer from Wakro in Lohit, said they did not get a good price earlier due to the involvement of brokers. “The FPOs are registered societies. The government is funding them. Earlier, only a limited number of merchants used to reach us through brokers. There were no marketing facilities. The e-portal is helping us tremendously. As the merchants can now directly contact us, we are getting a good price of our produce,” he said.