17 districts across India reported nil cases in last 28 days, but data reveals most of these had only 1-2 sporadic cases

NEW DELHI: In what is touted as a piece of “good news” the Union government on Tuesday said India now has 17 districts which have not reported a single new coronavirus case in the past 28 days. These districts are those that had earlier reported cases of the outbreak.

The period of 28 days is significant because it indicates that after two cycles of the incubation period of the virus, nil reporting of fresh cases could mean that the chain of transmission may have been broken in the area. But is this really an achievement?

A detailed analysis of the data reveals that most of these districts had just one or two sporadic cases, mostly imported ones, that were quickly identified and, therefore, contained, to begin with.

The only exceptions in the list are two districts, Kalimpong in West Bengal and Wayanad in Kerala. While Kalimpong had 11 cases — nine of which were from the same family — Kerala had three patients, but in these districts too, the numbers were not high.

The other districts in the list include Durg, Bilaspur and Rajnandgaon in Chhattisgarh, South Goa, Chitradurga, Devangere and Kodagu in Karnataka, Shivpuri in Madhya Pradesh, Gondia in Maharashtra, Imphal West in Manipur, Mahe in Puducherry, Pratapgarh in Rajasthan, Bhadradari Kothamgedum in Telangana and Pauri Garhwal in Uttarakhand.

A piece of not so good news, which the government has not made public, on the other hand, is that as on Friday, there were as many as 430 districts in the country that had recorded at least one coronavirus case.

A month back on March 28, this number was only 129. Even more worrying is the fact that in the hotspot districts — there are at least 170 of them across India with a significant outbreak of the diseases — cases are only spiralling, signalling that in areas where mega clusters have emerged or community transmission has happened, the government is struggling to curb the outbreak.

Public health specialists said the government may be tomtoming the “inconsequential data” while holding back the information that are “most crucial.”

Dr Sanjay K Rai, president of Indian Association of Public Health who teaches community medicine at AIIMS-Delhi, said while every district which has managed to find its way into green zone needs a pat on the back for ‘nipping the bud’, it does not call for big celebration because these were “easy areas to begin with”.

“It’s only when the number of cases is huge and a tremendous surveillance effort involving
contact tracing and isolation exercise is required that the government’s response is put to test,” he said.

“This kind of claim is only a distracter and largely useless,” said Dr T Sundararaman, community medicine expert and former director of the National Health Systems Resource Centre under the Ministry of Health and Family Welfare.

“There should be credit only where it is due. The government should rather tell us how many hotspot districts have they managed to move from red to orange or green zone.” 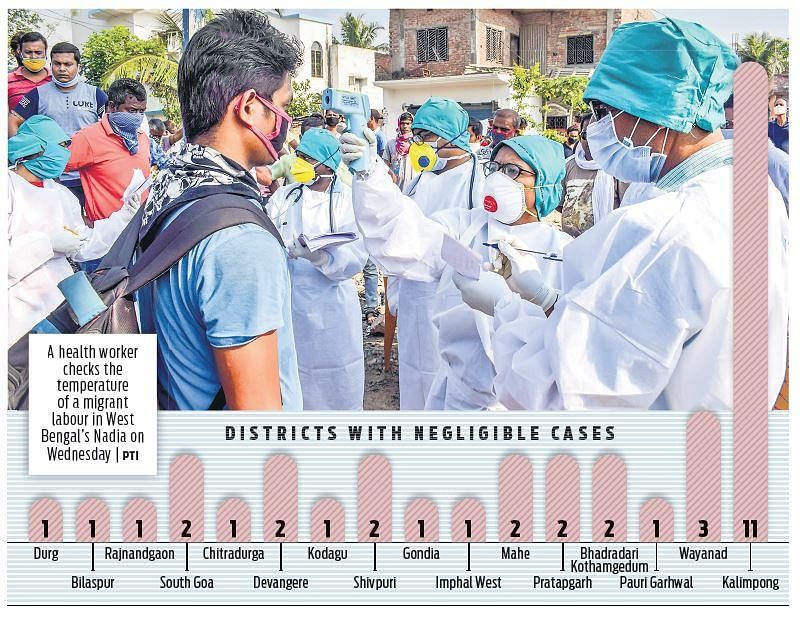