India’s Covid-19 mortality rate of 2.2% and its comparatively low number of deaths per million people have puzzled scientists and researchers the world over.

NEW DELHI:  India’s Covid-19 mortality rate of 2.2% and its comparatively low number of deaths per million people have puzzled scientists and researchers the world over. Now, some of the country’s top cancer doctors say they have found a biological (and geographical) explanation for it. 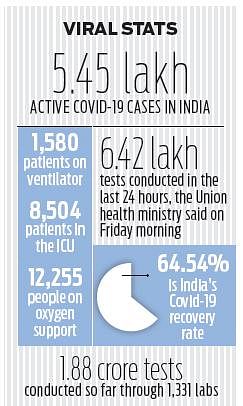 Doctors at the Tata Memorial Centre (TMC) in Mumbai proposed that the lower incidence of deep vein blood clots in warmer areas and those closer to the equator may help understand India’s relatively low mortality rate.

Their study, published in the ICMR’s Indian Journal for Medical Research, points out that deaths per million in India, which stand at 25 as of Friday,  is considerably lower than most other countries. For instance, it is 849 in Belgium, 679 in the UK and 470 in the United States.

Also, India’s mortality rate of 2.2% (meaning 2.2 deaths per hundred positive cases) stands in contrast to the UK’s 15.2%, Italy’s 14.2% and Spain’s 10%. The global fatality rate is around 3.8%.   Multiple studies from China, Europe and the US have linked blood clots in deep veins to Covid-19 deaths.  Researches from various other countries have identified venous thromboembolism (VTE) —a condition in which a blood clot forms in the deep veins—as an important cause of poor gaseous exchange and death in Covid-19 patients.

Studies have also found D-dimer—a small protein fragment present in the blood after a blood clot is an important predictor of death. The doctors at TMC, however, have shown indirect evidence for a lower incidence of VTE from India.

Less than 5 in more than 20,000 women who receive tamoxifen—an anti-breast cancer drug—at the TMC annually, develop clots—a known side-effect of this drug. The doctors say there’s no need for widespread anxiety over the disease and suggest that strict lockdowns are not necessary.