Dr Giridhara R Babu tells that infection can be widespread in slum areas and that other cities need to prepare robust plans similar to containment efforts in Dharavi.

Even though the COVID fatality rate is as low as 0.09%, epidemiologist Dr Giridhara R Babu tells Sumi Sukanya Dutta that infection can be widespread in slum areas and that other cities need to prepare robust plans similar to containment efforts in Dharavi.

Epidemiologically, what do the government serosurvey findings from Mumbai and Delhi, released recently which showed overall seropositivity of about 40% in Mumbai and 23% in Delhi, signify?

To say that infectious disease is well contained, we need to be assured that a reasonable proportion of the population is immune (develop antibodies or other immune mechanisms against the disease-causing agent). 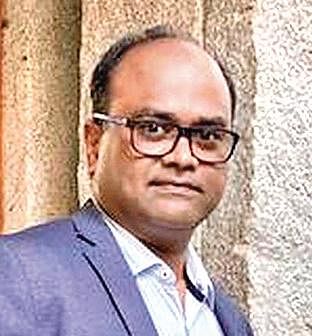 This is generally regarding vaccines. However, given that infection can be widespread in slum areas, other cities need to prepare robust plans similar to containment efforts in Dharavi.

Also, the infection fatality rate is low, ranging between 0.09% and 0.45% based on these surveys in India. However, all these estimates are subject to correction as wider and frequent surveys need to be done in India.

How far could these two cities be from herd immunity? Once the population in an area reaches this level-what significance does it have in the course of a pandemic?

A key determinant of herd immunity is R0 or R nought. When R0 is 2.5, the proportion of the susceptible population is given (1/ R0), which is 0.4, indicating that 40% of the people are still susceptible to get the infection.

In terms of Covid-19, it is not clearly known what the effective proportion of the population that needs to develop antibodies. For example, New York has a seroprevalence of 22.7%, London has 17.5% compared to 23-40% in Delhi and Mumbai.

Given the limited understanding of the disease, it is my personal opinion that herd immunity cannot be a recommended goal or method to review our progress against covid19. We have seen how few countries have faltered keeping herd immunity as a method to fight against the disease.

Things seem to be settling down for at least Mumbai, Delhi and even Chennai. Is it safe so say that the worst is over for these cities?

I am cautiously optimistic about these cities. Overall, it is a good thing: what was done in Dharavi is a great success. However, there are still problems, and the evidence about the disease is fast evolving, and we are all learning on the go.

Clearly, this is not a time to rejoice. There is some early evidence suggesting that even among those who have mild or no symptoms, the long-term sequelae in terms of myocardial inflammation or cardiovascular diseases. This needs to be evaluated in India.