Health Minister recovers, resumes work
Health Minister Jai Pratap Singh has resumed work after recovering from Covid-19. He even shared the stage with Chief Minister Yogi Adityanath at en event on Monday. Singh was under home isolation after testing positive on July 24. He was declared negative for the deadly virus last Thursday and remained in quarantine for five more days. Singh had also quarantined himself in early March after he had attended a party where Bollywood singer Kanika Kapoor, who had tested Covid positive, was also present. 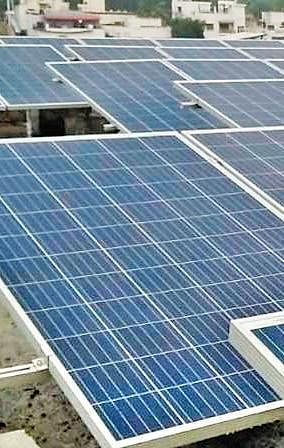 No large gatherings, tableau on festivals
The Uttar Pradesh government has issued guidelines related to the celebration of religious festivals likes Janmashtami, Ganesh Chaturti and Muharram given the ongoing coronavirus pandemic. There will be no large gatherings, tableau and processions on occasions. Section 144, prohibiting assembly of four or more people in one place, is to be strictly enforced across the state. No tableau or processions were allowed during Janmashtami. Similarly, no ‘pandals’ will be set up for public celebrations of Ganesh Chaturthi. On Muharram, neither processions will be allowed nor tazias will be taken out this time. Religious leaders of all communities have been roped in to maintain peace with police keeping a vigilant eye anyone trying to spread rumours on social media to create mischief.

Solar rooftops made mandatory
Those planning a house or a commercial unit on a 500 sqm land are now required to add solar panels to the construction. The Lucknow Development Authority has made solar rooftops mandatory for issuing a completion certificate to any construction work falling under the above parameters. The decision is to focus on maximising the use of renewable energy. Lucknow will be the first district to implement the policy and it will be brought in other districts as well. The housing units will include apartments and row houses, while commercial units will include hospitals, nursing homes, guest houses, and hostels.

Booster to intra-state air service
To give a boost to intra-state air connectivity, UP government has released its 20% share of Viability Gap Funding to meet expenses to be incurred in the operation of flight on various routes under the Centre’s ambitious Regional Connectivity Scheme for 2020-21. The VGF is the financial support given by the Centre and the state government to meet the gap, if any, between the cost of airline operations and expected revenues. In the case of UP, the Centre and the state government have come together to operate flights on three routes, including Delhi-Agra-Jaisalmer, Jaipur-Agra, and Raipur-Prayagraj.