Boating in the famous Naini Lake in Nainital will resume from September 1.

Boating to resume at Naini Lake
Boating in the famous Naini Lake in Nainital will resume from September 1. Following the Covid-19 outbreak and lockdown, boating in Naini Lake was prohibited from March. The decision to allow boating was taken in a meeting between officials of Nainital municipality and a boat operators committee last week. According to officials of the Nainital municipality, 222 rowing boats and around 60 pedal boats ply in the lake. The livelihood of over 300 boatmen depends upon boating. They were sitting idle during the lockdown when hardly any tourists were coming to the state. 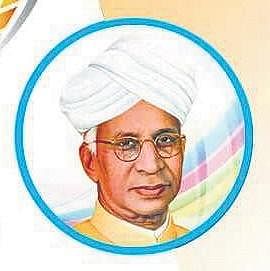 Saints to take Bhoo Samadhi now
A delegation of saints met Uttarakhand Chief Minister Trivendra Singh Rawat on Saturday to discuss the preparations for Mahakumbh 2021 and requested the CM to organize the religious event on scheduled dates in February 2021. The saints also asserted that the state government should complete the infrastructure and other related projects for the mela by December 15, 2020. The delegation led by Akhil Bharatiya Akhara Parishad chief Swami Narendra Giri accepted the state government’s proposal for bhoo samadhi (land burial) for the saints in Haridwar. Earlier, the seers were given jal samadhi (water burial) but the ritual polluted Ganga and hence, the state government has requested a shift from the age-old tradition.

Uttarakhand teachers honoured with national awards
Two teachers from Uttarakhand-- Sudha Painuli of Eklavya Model Residential School in Jogla, Dehradun and Kewalanand Kandpal of GHSS Pudkuni in Kapkote, Bageshwar have won the prestigious National Awards to Teachers for their excellent service to the society. The two teachers were congratulated by Uttarakhand CM Trivendra Singh Rawat for their achievement. The Department of School Education and Literacy of the Union Ministry of Education announced the recipients of the National Awards to Teachers, 2020 on Friday.

Formers CS to join Lok Sabha
Former Chief Secretary Utpal Kumar Singh, who retired on July 31 this year, has been named a secretary in the Lok Sabha. A notification from the Lok Sabha issued on Friday stated that Singh would start his service from September 1, 2020. A 1986-batch IAS officer, Singh during his stint as CS, he monitored several important projects, including Prime Minister Narendra Modi’s ambitious All Weather Road Project for Cham Dham route and reconstruction and development at Kedarnath. Singh hails from Jharkhand and was an IAS officer from Uttarakhand cadre.