Many on YouTube and Twitter questioned PM Narendra Modi for not addressing issues related to JEE and NEET exams.

This August episode of the monthly radio show where Modi addresses the nation has become one of the most disliked videos on BJP's  YouTube channel in less than 24 hours of being streamed.

In his 68th 'Mann ki Baat' address on Sunday, the PM Modi suggested people bring home indigenous breeds as they require less expense on upkeep and are already well adapted to the country's climatic conditions.

#Mann_Ki_Nahi_Students_Ki_Baat started trending on Twitter soon after the episode was aired. Many on YouTube and Twitter questioned the Prime Minister for not addressing the issues JEE and NEET exams.

One comment on Youtube reads, “He (PM Narendra Modi) does not talk about employment, small enterprises and also education. You are the PM of India we don't need Mann Ki Baat...we need you to fulfill the duty for which we choose you.”

While another user wrote, “Enough is Enough! Mr. PM, concentrate on Development instead of just talking.”

Many also took a dig at PM Modi for speaking about dog breeds and toys instead of exams postponement. 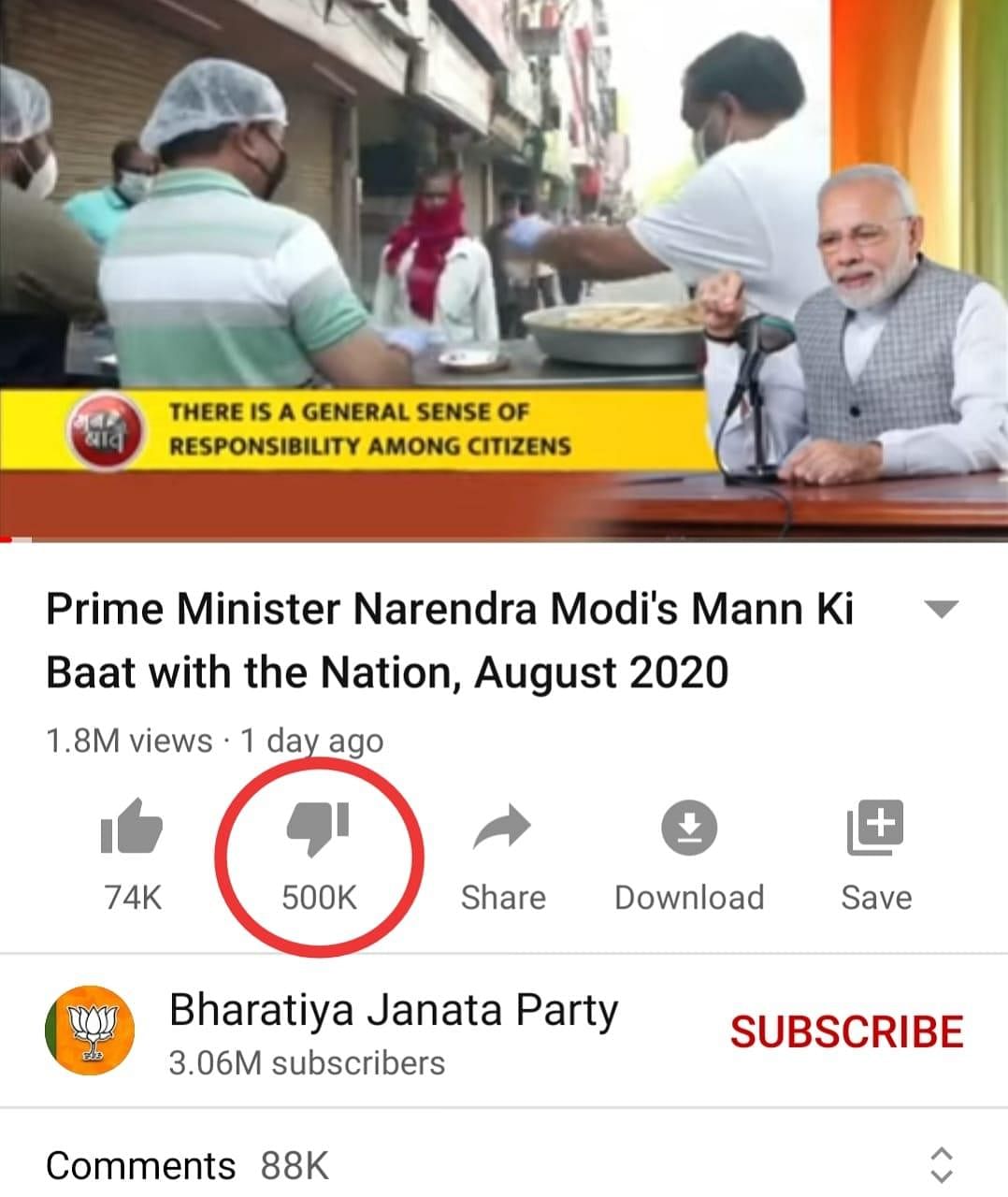 "We just need your answer regarding JEE NEET postponement, if you answer then I'll be fully satisfied," wrote another.

During his 'Mann Ki Baat' interaction, PM Modi also referred to Etikoppaka toys, which are made by artisans of Etikoppala on the banks of the Varaha river in Visakhapatnam district.

The toys got GI tagging in 2017, helping them get promoted abroad. To get marketed there as well, samples of the toys had been sent to the ministry concerned for certification.