As Delhi Chief Minister Arvind Kejriwal began his third term on Sunday, the Bharatiya Janata Party will rue another missed opportunity at holding the reins of power in the national capital.

As Delhi Chief Minister Arvind Kejriwal began his third term on Sunday, the Bharatiya Janata Party will rue another missed opportunity at holding the reins of power in the national capital. The saffron party last ruled the national capital in 1998, which seems aeons ago. The late and affable Sushma Swaraj was the last BJP Chief Minister of Delhi more than 22 years back. Since then the saffron party has struggled to stay relevant in Delhi, although it has done well at the municipality level, having captured power in all the three civic bodies. 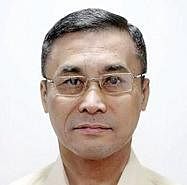 The best chance to return to power in Delhi was in 2013, when the Congress, after being in office for three consecutive terms, was hobbled by growing anti-incumbency. But the BJP blew it, thanks to infighting and factionalism in the party. When the elections were held again in 2015, Narendra Modi was already the Prime Minister and at the peak of his popularity. In theory, the BJP should have capitalized on the immense nation-wide goodwill prevailing for Modi and come to power but that was not to be. Instead, it got blown away by the Kejriwal wave and managed a mere three seats, the rest going to the still fledgling Aam Aadmi Party (AAP).

This time around the odds were stacked against the BJP. With no chief ministerial face to project nor armed with strong local issues to woo the voters, it was an uphill task from the very beginning. Given this reality, the party should have begun preparations long back. But that was not the case. It was instead the AAP that took the lead in getting into election mode.

After getting drubbed by the saffron party in the 2019 Lok Sabha elections when it not only drew a blank but trailed even the Congress in vote share, the AAP systematically went about putting its house in order.
It highlighted the good work the AAP government had done in the fields of education and health. That was followed by a series of populist measures that reaped huge goodwill among a cross section of people.
In contrast, the BJP had no local issues to highlight to Delhiites. During a visit to a prominent BJP leader’s official residence in Lutyens’ Delhi about six months ago, this author found a massive hoarding that lauded Modi for scrapping Article 370 in the erstwhile Jammu and Kashmir state.

Even favour seekers, hangers-on and party cadres were quick to note that national issues such as Kashmir would carry no weight with the electorate in the assembly elections. “The goodwill generated by Article 370 will wear out by the time the Assembly elections are held,” said one. At another BJP leader’s house, an old timer in Delhi politics, this author only encountered complaints against the party leadership. The two visits to gauge what is going on in the saffron camp only reinforced the view that the BJP was a house divided, rudderless and lacking direction.

Many analysts have said that the BJP lacked a local face. Yes it did. But if that was the only reason for its defeat then the AAP should also not have been accepted by Delhiites in such an overwhelming manner.

After all, strictly speaking Kejriwal is also not from Delhi, having been born in Hisar in Haryana. Nor is Manish Sisodia, Amanatullah Khan or Atishi. Delhi’s demographic profile has changed dramatically over the years. It is no longer a city dominated by Punjabis and traders who fled Pakistan after Partition in 1947. Today Delhi is home to people from the south, north, central and even northeast India. Its people speak not only Punjabi and Hindi but also Tamil, English and Kashmiri.

Given this reality a Union minister calling Kejriwal an outsider in the midst of the campaigning only underlined how cut off the BJP was from the ground situation. What the BJP lacked was a credible face, not a local face. None of its leaders can match Kejriwal’s reputation in honesty and sincerity. It’s time they groomed one, the earlier the better.

Many analysts have said that the BJP lacked a local face. Yes it did. But if that was the only reason for its defeat then the AAP should also not have been accepted by Delhiites in such an overwhelming manner. After all, strictly speaking Kejriwal is also not from Delhi, having been born in Hisar in Haryana.