KOLKATA: Following in the footsteps of West Bengal CM Mamata Banerjee, the Bengal BJP is all set to float a toll-free number for residents to complain about issues they are facing, ahead of civic polls in the state. The move is similar to Trinamool’s outreach drive Didi Ke Bolo (Tell Your Sister) that was initiated after the ruling party’s debacle in the 2019 Lok Sabha elections. 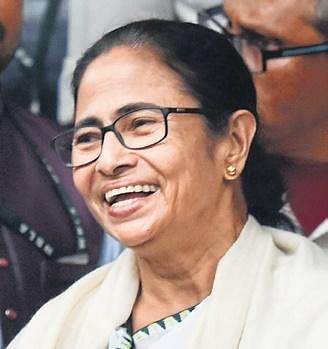 The idea is part of the party’s national leadership asking the saffron camp’s Bengal unit to highlight local issues instead of portraying the amended Citizenship Act as main agenda. The directive from Delhi came days after the saffron camp’s unimpressive performance in Delhi Assembly elections using CAA as its poll plank. BJP’s Bengal president Dilip Ghosh said, “We are going to float the number shortly. We will mention issues conveyed to us by the people in our manifestos and showcase it during campaigns as TMC’s failure.”

A section of BJP leaders, however, expressed their doubt  about the  initiative’s effectiveness. “We are not in power in a single municipality across the state. When we are not in a position to address people’s issues, why will they complain to us?’’ asked a BJP leader. “It indicates we do not have enough foot-soldiers to collect the issues where the civic bodies are lacking. Had we armed ourselves with a strong contingent of ground-level workers, we would have identified people’s problems on our own,’’ said another leader of the saffron camp. Reacting to the news, Trinamool MLA Tapas Roy said, “The people of the state will not tell BJP anything. They will reflect their choice in the civic polls,’’ he said.

Meanwhile, the ruling Trinamool’s high command will monitor the state government’s projects to ensure transparency and identify the party satraps who demand cut money from those who has bagged the contracts of the projects. The decision was taken to revive the party’s image, before the crucial 2021 Assembly polls. “Kishor’s report mentioned that the state government’s projects and schemes will ensure our victory,” said a senior TMC leader.

Trinamool MLA writes to CMO for reservoir
The grievance cell of the Chief Minister’s Office (CMO) received a letter from a ruling party’s MLA demanding a water reservoir in West Midnapore district. The letter from Bikram Chandra Pradhan, the MLA from Dantan, caused embarrassment for TMC as this is the first time a TMC MLA has written to the grievance cell.

Stay up to date on all the latest Nation news with The New Indian Express App. Download now
TAGS
BJP Toll free number