In a novel initiative, scrap art will be used to beautify public spaces, with grand sculptures made up of junk metal installed at 100 odd city crossings.

Maintenance of Gomti riverfront
After the successful DefExpo 2020 on the banks of river Gomti, the Lucknow Municipal Corporation and Gujarat-based Sabarmati Riverfront Authority were entrusted with the responsibility of preparing a plan to maintain the riverfront that came in for a lot of praise during the mega event. A team of LMC officials are likely to visit Ahmedabad soon to learn how to maintain the riverfront for both aesthetic and commercial purposes. 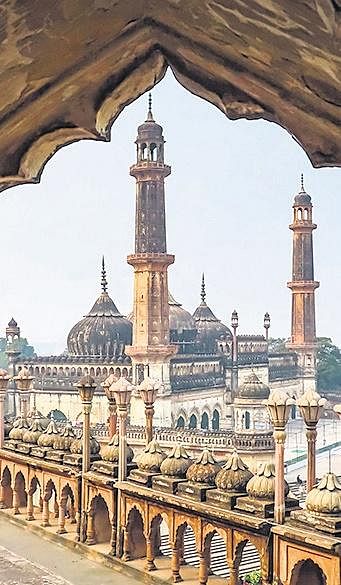 Toll-free numbers for board examinees
The UP government has introduced two toll free helpline numbers — 1800-180-5310 and 1800-180-5312 — ahead of the state board examinations from February 18. Class XII and X students can dial these landlines to get their queries, including those related to stress, cleared by experts. Most of the queries made on the helpline numbers in the first 24 hours were related to arithmetic, algebra and geometry. More than 200 calls were received since the launch of the toll-free helpline numbers. The helpline also received calls from students, who rang up to deal with anxiety issues related to exams. More calls were received from Class 10 students, who are appearing the board exam for the first time. The UP Board examination 2020 will begin on February 18.

Scrap art at crossings
In a novel initiative, scrap art will be used to beautify public spaces, with grand sculptures made up of junk metal installed at 100 odd city crossings. The initiative is a part of the city branding programme under the Smart City Mission that aims at the transformation of Lucknow into a smart city and take development to next level. An initial part of the transformation is the construction of sculptures and that is under process. Authorities have hired a set of professionals to make the sculptures out of scrap. So far, a dozen sculptures including a peacock, a dragon fly and a fighter jet have taken shape.

Poor response to survey
The Lucknow Municipal Corporation is likely to lose funds under the Smart City project owing to lukewarm public response to the ‘Ease of Living’ survey conducted by the Centre. At least 2 lakh residents need to give feedback for a city to be eligible for the survey that determines the top ones in the country with best possible amenities. Those qualifying for the competition get extra money from the Smart City fund, depending on their ranks.  Apart from Lucknow, 99 cities are participating in the survey, which began on February 1 and will continue till February 29. In the first 11 days, only 600 people have given their feedback from Lucknow. At this rate, it seems impossible for the city to qualify for the competition.