He reviewed a ceremonial farewell parade early Tuesday morning at a CRPF base in Gurugram and will be formally sent off from the headquarters located at Lodhi Road, officials said.

NEW DELHI:  ITBP Director General SS Deswal will now have “additional” charge of the country’s largest paramilitary force CRPF as the serving DG RR Bhatnagar retired on Tuesday.  The Union Home Ministry issued an order for the same, stating Deswal, a 1984-batch Haryana cadre IPS officer, will hold the CRPF charge “till the appointment and joining of the successor or untill further orders, whichever is earlier.” 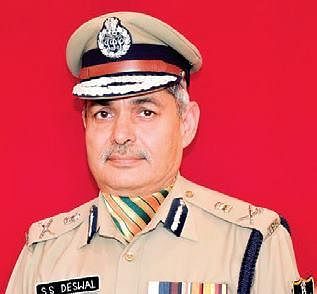 He reviewed a ceremonial farewell parade early Tuesday morning at a CRPF base in Gurugram and will be formally sent off from the headquarters located at Lodhi Road, officials said.  The full-term chief of CRPF could be announced next week, sources said.  With over 3.25 lakh personnel, CRPF is not just India’s largest paramilitary force but the world’s largest paramilitary force.

Stay up to date on all the latest Nation news with The New Indian Express App. Download now
(Get the news that matters from New Indian Express on WhatsApp. Click this link and hit 'Click to Subscribe'. Follow the instructions after that.)
TAGS
CRPF SS Deswal ITBP RR Bhatnagar