Since the scheme’s inception, 68 lakh people have undertaken training but only 15.5 lakh managed to get placement, data show.

NEW DELHI: The Skill India Mission, launched with much fanfare during Prime Minister Narendra Modi’s first term in 2015 to scale up skill development efforts across the country, could provide employment to only 23% of those who got training under its flagship scheme Pradhan Mantri Kaushal Vikas Yojana.

Since the scheme’s inception, 68 lakh people have undertaken training but only 15.5 lakh managed to get placement, data show. During the period, Rs 5,903.4 crore has been released to various agencies to implement the scheme.

This is significant given the fact that many States have started skill mapping to provide employment to migrant workers who have returned to their native places.

Over 60 lakh migrant workers have returned to States including Uttar Pradesh, Bihar and Jharkhand during the lockdown period and the respective state governments have initiated skill mapping exercise to provide them with the job opportunities.

The Ministry of Skill Development and Entrepreneurship has been implementing the PMKVY for short-duration skill development training through its empanelled training centres across the country. 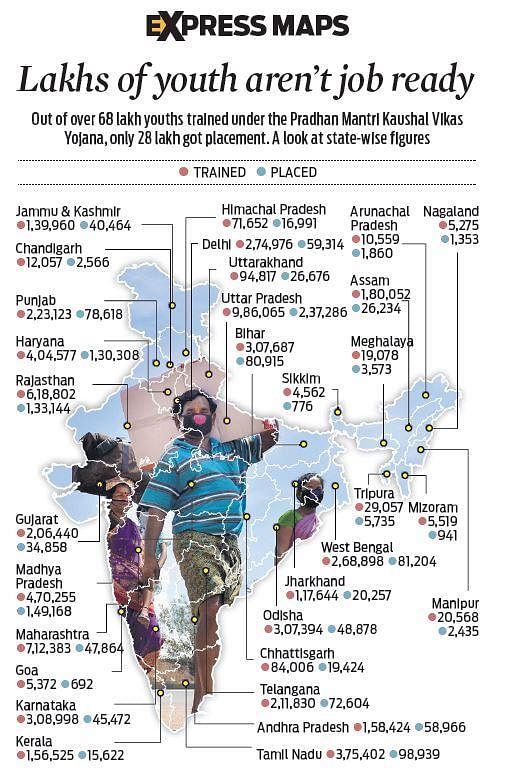