The slogan ‘Badla o hobe, badol o hobe (There will be revenges as well as changes)’ —  has set the tone for 2021 Assembly polls.

KOLKATA: BJP’s West Bengal president Dilip Ghosh’s new slogan on social media — ‘Badla o hobe, badol o hobe (There will be revenges as well as changes)’ —  has set the tone for 2021 Assembly polls, with indication that the party is going to adopt the same strategy which it accuses the ruling Trinamool Congress of resorting to violence. 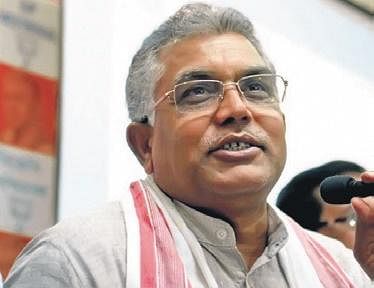 “Cowards talk of forgiveness. If BJP workers do not take revenge on TMC, then people of Bengal will call them cowards,’’ said Ghosh.  The ‘revenge strategy’, which came shortly before one of the BJP general secretaries threatened to burn down a police station, has drawn flak, not only in the Trinamool camp but also in his own outfit. Many BJP leaders said such comments might not go down well.

Marking the party’s highest growth in Bengal, the BJP took its tally to 18 from 2 in the 2019 Lok Sabha elections. It accused the Trinamool of unleashing terror before and after the general election and alleged many of their workers were murdered by the ruling party.Referring to Ghosh’s remark, political observers said the crucial 2021 Assembly polls are unlikely to be an exception.

Ghosh’s slogan is said to be a direct reply to CM Mamata Banerjee’s slogan before 2011 Assembly elections, ‘Badla noi, Badal Chai (We need change, not revenge)’, indicating if her party retains power, it would not seek revenge for the political killings during the Left Front rule.

Hours after Ghosh uploaded his slogan on Twitter, BJP state general secretary Sayantan Basu threatened to burn down Dantan police station in West Midnapore on Sunday in protest against the murder of a BJP worker. Many BJP workers have been killed by TMC, he alleged.

BJP’s national secretary Rahul Sinha said Mamata’s slogan had assured people of peace. “But TMC did not keep its promises and betrayed people of Bengal.”Trinamool minister Firhad Hakim described BJP as a terror outfit. “They will destroy Bengal. People should be careful about it and reject the party,’’ he said.

Stay up to date on all the latest Nation news with The New Indian Express App. Download now
TAGS
Dilip Ghosh