Health Ministry sources said these foreigners, 13 women and eight men, were in the same group of which an Italian and his wife have tested positive in Rajasthan capital Jaipur.

NEW DELHI:  Twenty-one Italian tourists and three Indian tour operators were sent to an ITBP quarantine facility in Delhi on Tuesday for suspected coronavirus exposure, a day after an Italian couple tested positive for the virus in Rajasthan. The tourists, who were part of the same touring group as the couple, were shifted from a luxurious hotel to an ITBP quarantine centre, official sources said.

The foreigners —13 women and eight men — were shifted from a hotel in south Delhi’s Vasant Kunj and sent to the ITBP facility in Chhawla area of south-west Delhi. “They have been put in preventive isolation and their initial screening samples have been sent to AIIMS. The reports are expected by Wednesday,” a source said. The centre already has 112 people — 76 Indians and 36 foreigners — since February 27 after they were evacuated by an IAF plane from Wuhan in China. 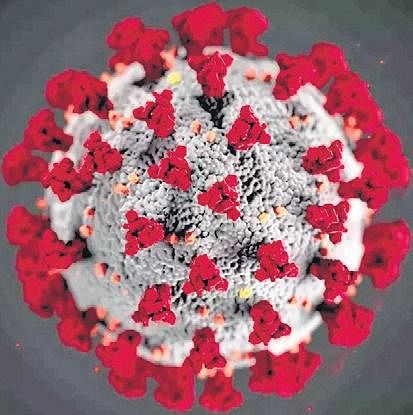 The first samples of these 112 people had tested negative when reports came in last week. On Tuesday, the Indo-Tibetan Border Police Force said no fresh symptom of coronavirus infection was seen among the 112 Wuhan evacuees.In the evening, cabinet secretary Rajiv Gauba held a review meeting with the secretaries of the ministries concerned and chief secretaries and health secretaries of the states to assess action taken for containment of the virus. Meanwhile, Twitter has asked its employees to work from home while other tech giants like TCS and HCL Technologies instructed staff to avoid non-essential travel

Caution in the air 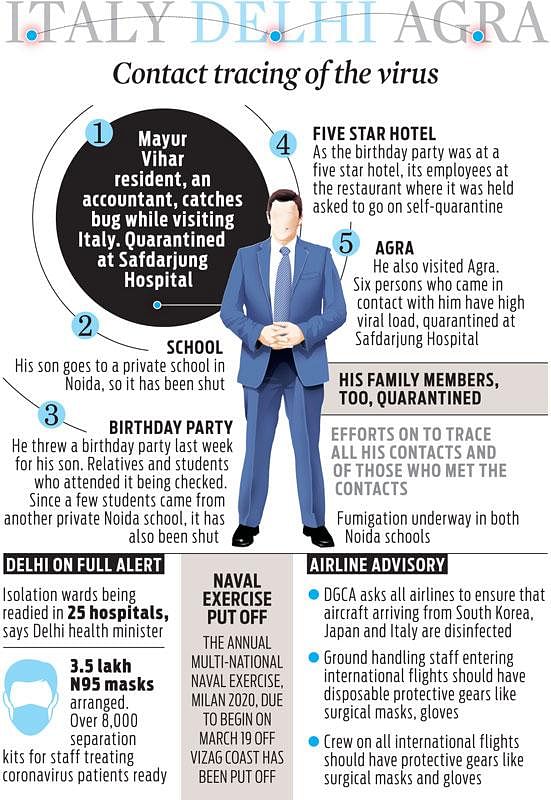 CISF provides medical kits containing hand sanitisers, gloves and masks to all its personnel deployed to guard 62 civil airports in the country

Indian Navy postpones a multi-nation mega naval exercise ‘Milan 2020, scheduled to be held off Visakhapatnam coast as a precautionary measure

Four IndiGo crew members, who were on a Dubai-Bengaluru flight on February 20 with a coronavirus-infected Hyderabad resident, have been under home observation since March 2, the airline said

Pradeep Singh Kharola, Secretary, Civil Aviation and Arvind Singh, Chairman, Airport Authority of India, conducted a video conference with all the airports to review and guide the preparations to take effective steps for preventing the spread