According to key sources in state Congress, party leaders in touch with the 19 MLAs in Bengaluru claim that at least 10 lawmakers and two ministers are not in favour of Scindia joining BJP.

After formally announcing his resignation from the Congress on Tuesday, Jyotiraditya Scindia on Wednesday joined the BJP in the presence of party chief JP Nadda.

According to sources, the BJP is likely to name him as one of its candidates for the Rajya Sabha polls in Madhya Pradesh and is also confident of forming the government in the state with his help as 22 MLAs including Scindia's supporters have resigned from the state assembly reducing the Kamal Nath government to a minority.

However, Scindia's move to BJP has reportedly not sat well with the MLAs loyal to him who also resigned on Tuesday. According to key sources in the Madhya Pradesh Congress, party leaders in touch with the 19 MLAs in Bengaluru claim that at least 12 of them including two ministers were not in favour of Scindia joining the BJP.

They wanted Scindia to form a new party like his father Madhavrao did in 1996 instead of joining the BJP.

It's perhaps this development which has made the Congress confident of proving its majority on the floor of the house during the Vidhan Sabha budget session starting on March 16.

"All of you just focus on floor test in the House and you will then come to know that we will easily have the necessary numbers. Just wait and watch, we won't disclose more," said former MP Congress president Arun Yadav. 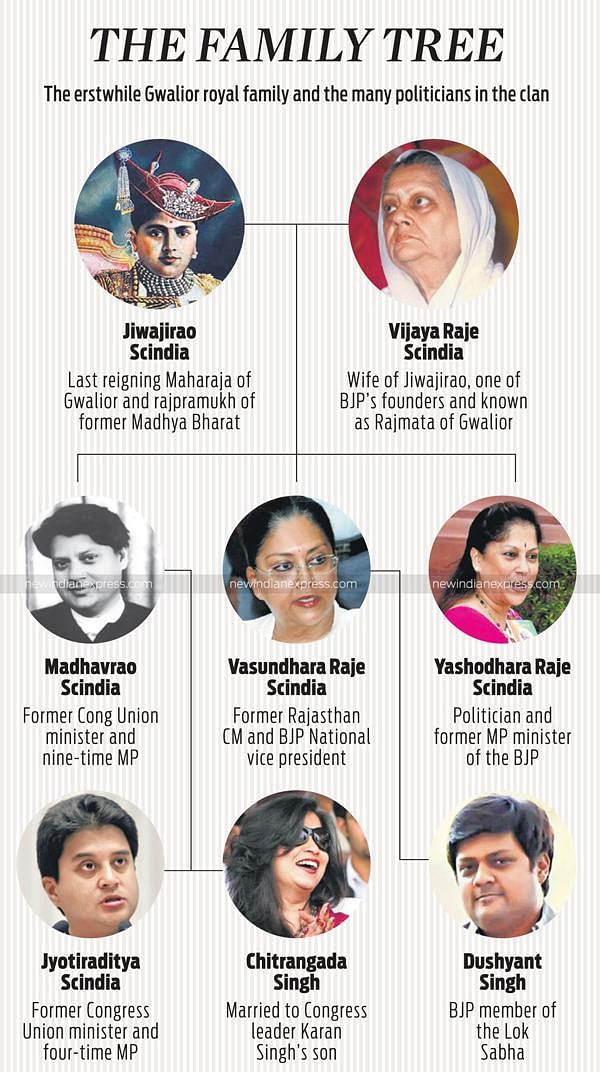 All doesn't seem to be well in the state BJP camp too.

This indicated that in the event of the BJP staking its claim to form the government in the state in the near future, ex-CM Shivraj Singh Chouhan won't find it easy to be elected as Legislature Party Leader.

The petition also includes references of past Supreme Court and High Court rulings.

Speaker NP Prajapati says he will soon decide over the disqualification petitions in accordance with the law.

"The Speaker says as per law those resigning will have to first appear before the Speaker personally, after which only I'll look into available evidence/facts before deciding as per merits of the case," said Speaker NP Prajapati on the resignation of the 22 Congress MLAs.

Congress MP Nakul Nath (son of Madhya Pradesh CM Kamal Nath): MLAs who have gone to Karnataka will soon return to the Congress fold. I am very confident the government will survive. pic.twitter.com/xFrtQ4pX3M

Digvijaya Singh's son and MP minister Jaivardhan Singh said Scindia won't get that respect in BJP which he got in Congress.

PWD minister and CM Kamal Nath's close confidant Sajjan Singh Verma said, "We've established contact with seven to eight MLAs in Bengaluru through their wives and children. Most of them have told us that they are not any individual leader's collateral security, but still with Congress. They are against Scindia joining BJP. Not even 25% of those who are in Bengaluru will stay with him (Scindia). I'm right now going to Jaipur with our MLAs and will fly to Bengaluru in the evening from Jaipur only to bring our disgruntled MLAs back to Congress fold."

Over 80 Congress MLAs from the state are expected to arrive in Rajasthan on Wednesday afternoon, sources said.

"The party MLAs are reaching here from Madhya Pradesh," they said.

95 Congress MLAs reached the Bhopal airport on Wednesday to leave for Jaipur.

"We are going to Jaipur with our MLAs.We will stay there together," state minister Sajjan Singh Verma told reporters after the Congress MLAs reached the airport.

Another minister Kamaleshwar Patel said they were confident that the Kamal Nath-led state government will prove its majority.

"All MLAs wanted to relieve their tension amid the ongoing political situation. So, we are going to Jaipur. We will prove our majority. We have 95 MLAs here (at airport). Independent MLAs and BSP and SP legislators are also supporting," state minister Priyavrat Singh said.

Meanwhile, three luxury buses have reached the airport which will be used to take the MLAs to a resort located near the Jaipur-Delhi highway.

It is the same resort where legislators from Maharashtra were lodged in November last year.

All arrangements are being made on the directions of Chief Minister Ashok Gehlot, the sources said.

The ruling BJP has already shifted its entire flock of 106 MLAs (one MLA couldn't join due to mother's death) last night by a special plane to BJP ruled Haryana for preventing any poaching of its flock by Congress.

Late on Tuesday night, CM Kamal Nath too had put up a brave face, saying he will prove his majority (in the house).

Sources in the BJP camp in Bhopal, meanwhile, said Jyotiraditya Scindia could hold a show of strength through a roadshow in Bhopal on Thursday. His show of strength might be preceded by him joining the BJP in Delhi.

Sources also claimed that three to four more Congress MLAs could also resign from assembly membership in a day or two just like their 22 Congress MLA colleagues did on Tuesday.

(With ENS and PTI Inputs)

Now we are on Telegram too. Follow us for updates
TAGS
Kamal Nath congress BJP Jyotiraditya Scindia Madhya Pradesh crisis