The Chandigarh administration has issued notices to pay guest owners who had been illegally running PGs to give an undertaking in writing that they will not run the facility in the future.

Notice to illegal PG owners
The Chandigarh administration has issued notices to pay guest owners who had been illegally running PGs to give an undertaking in writing that they will not run the facility in the future. Some 170 notices have been given the Sub Divisional Magistrates (SDMs). But, official said the building violation and misuse cases against these owners will continue. The steps have been taken after a tragedy last month in which three girls died in a fire in an illegal PG. Until this week, 18 illegal PGs have been closed after the administration cracked the whip on owners of such establishments. 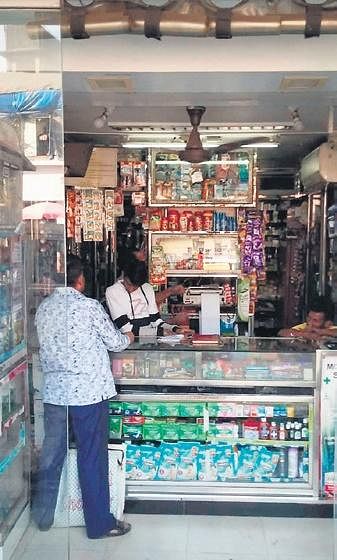 Shopkeepers maintain safe distance
A few traders in Panchkula is doing social distancing in their own unique ways with some of them in Sector 12 having put up tapes around their shops to maintain a distance of six-feet with their customers as a precautionary measure to prevent COVID-19 from spreading further.  A medicine shop owner had pasted the message outside his shop to spread the message. When asked about the message, the owner of the shop is of the view that pharmacy stores are more vulnerable to infections as these are visited by a large number of people every day. Many are following his strategy.

Fewer calls to PCR
There has been a drop in the crime rate in Chandigarh as it is down from the average of 15 cases registered daily. Sixteen FIRs were registered on March 16. Four days on, only six FIRs were reported in the city. Many feel the dip is due to the fear among the people regarding coronavirus. The city has already seen restricted movement of people in the last few days. Earlier, the PCR helplines 100 and 112 used to get 1,200 to 1,400 calls per day. The numbers trickled down to 301 and 304 on March 15 and March 20. Incidentally, the recently introduced common emergency number 112 handles all kind of emergency services related to police, fire and health services.