INTERVIEW | Got only Rs 71 crore in COVID-19 fund from centre: Amarinder Singh

Punjab Chief Minister Amarinder Singh tells Harpreet Bajwa that his government is trying hard to retain labourers from other states in this season of harvest.

Punjab Chief Minister Amarinder Singh tells Harpreet Bajwa that his government is trying hard to retain labourers from other states in this season of harvest. Excerpts

Is the Centre is not providing enough financial support to non-BJP states?

We have been raising the issue with the Centre, including with PM Narendra Modi, for several weeks now, but there has been no positive response so far. Contrary to Union Minister Harsimrat Kaur Badal’s claim, all we have got is a mere Rs 71 crore, which is a cruel joke, considering Punjab’s contribution to the nation’s food basket and economy. This is no time for politics.

We are facing a national crisis of unprecedented magnitude and it is the Centre’s responsibility to come to the rescue of the states. Punjab is staring at Rs 50,000 crore losses this year. We need funds to compensate for these losses, and also to meet our immediate expenses for the pandemic battle. 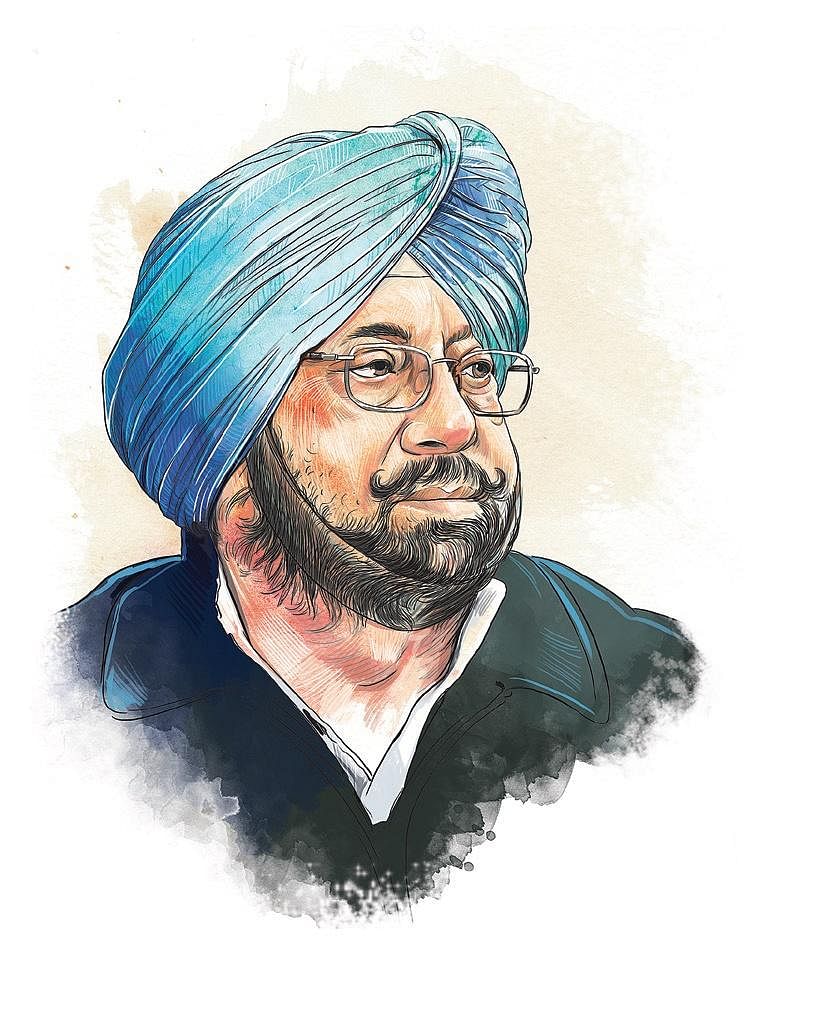 Migrants can leave for home. How will it impact agriculture and industry in Punjab?

It will affect us severely if the migrants decide to leave Punjab at this critical juncture, especially when sowing is to begin and industries are starting to open up.

So far, we had not faced any exodus, largely because migrants were being taken care of. Supported by NGOs, religious organizations and industry, we had been providing them food and accommodation.

But now the lockdown is extended. So the possibility of many of them wanting to return at this difficult time cannot be ruled out, especially when there seems to be no early end to the pandemic. I have directed my ministers and officials to try their best to persuade them to stay. Let’s see how this pans out.

Punjab was the first state to order curfew and to extend it. How do you see the situation?

The situation is grave. Even the Centre has now extended the lockdown with some relaxations. Going by the trends around the globe, there seems to be no early end to this pandemic.

India and Punjab have been able to keep the problem somewhat under check, possibly because of the early clampdown. But we all know this cannot continue indefinitely. The economic implications of a long-drawn lockdown are unimaginable.

Industries are in doldrums. We will have to keep easing the restrictions, but as I have maintained, the priority is to save lives and that is why I had we extended the curfew beyond May 3.

When did you expect the economy will be back to growth?

It is not possible to give any timeline.

This is going to be a long-drawn affair. A group of experts headed by Montek Singh Ahluwalia is working on drawing up the roadmap for revival and is slated to give an initial report by July-end. Hopefully, there will be some clarity on the situation by then.

We have asked the Centre to extend the 15th Finance Commission’s deadline to submit its final report by a year.

Punjab’s COVID-19 mortality rate is higher than national average. How do you explain it?

The mortality rate was quite high to begin with, but as of May 1, it is almost comparable with the national average. In fact, as on May 1, samples sent for testing stood at 23,176 for RT-PCR, of which 585 tested positive.

There have been 20 deaths — an average of 3.4% of the total positive cases which is comparable to the national average of 3.3%.  It is pertinent to mention that almost all of them had more than one co-morbid condition.

Do you fear that Nanded cases will lead to the second wave of the outbreak in the state?

We are taking all measures to prevent the spread of infection on account of those returning from other states, including Nanded.

As of April 29, 3,525 pilgrims had returned from Nanded. We have quarantined all of COVID pilgrims to government facilities for 21 days.

The opposition alleges that farmers are facing hardships as the government has failed to procure wheat?

The opposition has nothing better to do than spread lies. We are headed towards a record bumper procurement, with more than 75 LMT of wheat (60% of the total) already procured and around Rs 10,000 crore released towards the payment of the farmers.

Stay up to date on all the latest Nation news with The New Indian Express App. Download now
TAGS
Amarinder Singh Coronavirus COVID-19