The Indian Mission in the Republic of Maldives is preparing a list of Indian nationals to be evacuated by Naval ships.

“The Operation Samudra Setu will commence evacuation operations from 08 May 2020 as part of Phase-1,” Navy officials said.

A total of 1000 persons are planned to be evacuated during the first trip, catering for coronavirus-related social distancing norms vis-a-vis the carrying capacity and medical facilities available onboard. The Indian Mission in the Republic of Maldives is preparing a list of Indian nationals to be evacuated by Naval ships and will facilitate their embarkation after the requisite medical screening.

Sources informed that INS Jalashwa which is the bigger ship will reach Male on May 8 and INS Magar will reach on May 10. The Navy has been directed to make suitable preparations for their evacuation by sea. 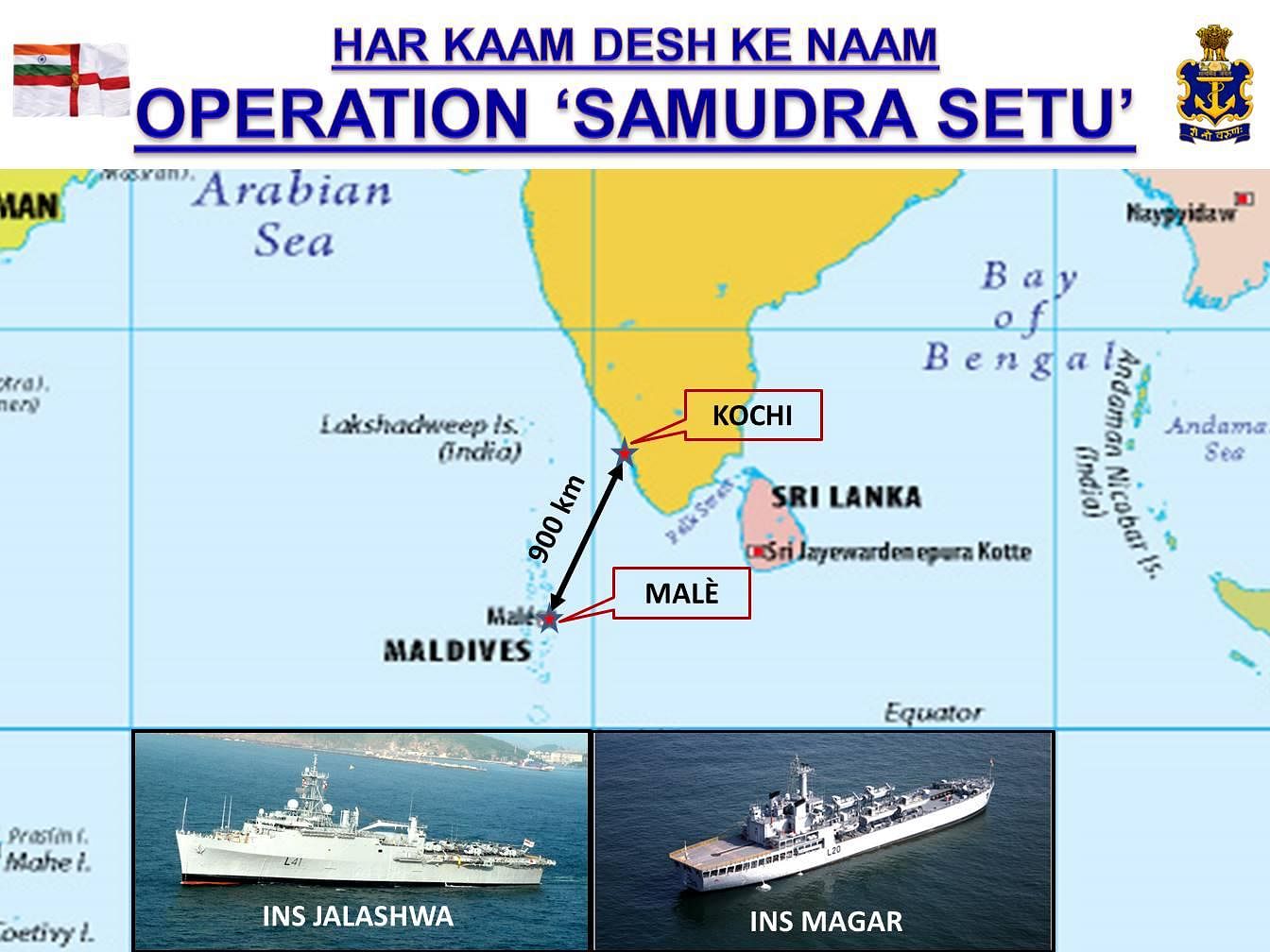 The evacuated personnel would be provided with the basic amenities and medical facilities during the sea-passage. In view of the unique challenges associated with COVID-19, stringent protocols have also been stipulated.

The evacuated personnel will be disembarked at Kochi, Kerala and entrusted to the care of State authorities. This operation is being progressed in close coordination with Ministries of Defence, External Affairs, Home Affairs, Health and various other agencies of the Government of India and State governments.