On the lessons for the Centre during the pandemic, Pilot said that labour migration is an area where thought was not put on numbers and how to handle.

NEW DELHI: Thousands of migrant workers were forced to march back to their home states, hungry and thirsty in the summer, because of the sudden and unplanned lockdown, Rajasthan Congress chief and Deputy Chief Minister Sachin Pilot said, with the Centre failing to anticipate the migration problem. His remarks came during a conversation with Prabhu Chawla, Editorial Director, The New Indian Express, and author and senior journalist Kaveri Bamzai on TNIE’s Expressions, a series of live web casts with people who matter.

“Lockdown was done to give time to enhance resources to meet the challenge. We didn’t use the time as best as we can to enhance number of beds in hospitals, increase number of doctors, more ventilators. We didn’t use it as much as we should to upgrade the capacity for testing, treatment. We didn’t really think about non-Covid patients (in the meanwhile),” he said. 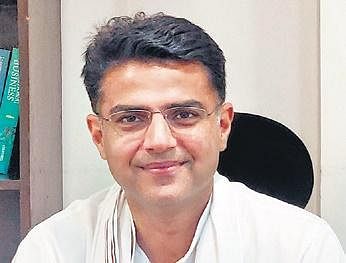 On the lessons for the Centre during the pandemic, Pilot said that labour migration is an area where thought was not put on numbers and how to handle.  “Leadership is all about anticipating and they (govt) failed to anticipate migration. If they would have thought, they would have found a solution. There is no pan-India labour migrant payment policy in the country. It creates confusion when there is no clarity from the top.”

Regarding the Centre’s differential treatment to non-BJP ruled states, Pilot was of the view that settling score will be a very short sighted approach and not enough was done from the Centre. It should have been given some elbow space to states to fight Covid, he added.

“It seems so. The states struggling most are both BJP and non-BJP ruled, but the amount of negative news that comes out from non-BJP states... There is a room for improvement for cooperative federalism. Discussions did not happen (with states) initially when the lockdown was announced. ...we are fighting together but there is ambiguity and there is no due meaningful consultation ... There should be transparency on how we are judging (lockdown and exit), our misses and accomplishment,” said the Congress leader.

With reports of extension of lockdown after May 31, Pilot said states should have been given power to make decisions. “The Centre should issue broad guidelines and let the states decide on how they want to implement them. Execution should be left with the state.”

The Rajasthan Deputy CM highlighted steps taken by his state in ramping up testing from zero to aiming at 25,000 per day with all districts to have testing facilities. Job cards issued to all migrant workers returning to state to get employment under the Mahatma Gandhi National Rural Employment Guarantee Scheme, he added.

Stay up to date on all the latest Nation news with The New Indian Express App. Download now
TAGS
Sachin Pilot Express Expressions