He has not only been cashless with all of his saving dried up but also sold the gold ornaments of his wife to buy the edible commodities to distribute among the poor families.

PATNA: As the old saying goes,"Service to humanity is service to God",a 28-year-old youth of Hajipur in Bihar's Vaishali district namely Dheeraj Roy has set an example in it with rendering services to the poorest among the poor in the lockdown for last 69 days.

Roy has not only been cashless with all of his saving dried up but also sold the gold ornaments of his wife to buy the edible commodities to distribute among the poor families.

As one of the few in Bihar who have continued fee rendering services to the corona affected poor people, Roy told The New Indian Express on Saturday:" When I saw a kid on March 24 sitting with his downcast in hungry and on being asked, the kid said, "bhukh lagal hai"(I'm hungry) so innocently that moved me from within".

Roy then and there arranged food for him and took a vow to never eat before distributing foods among others in distress daily. 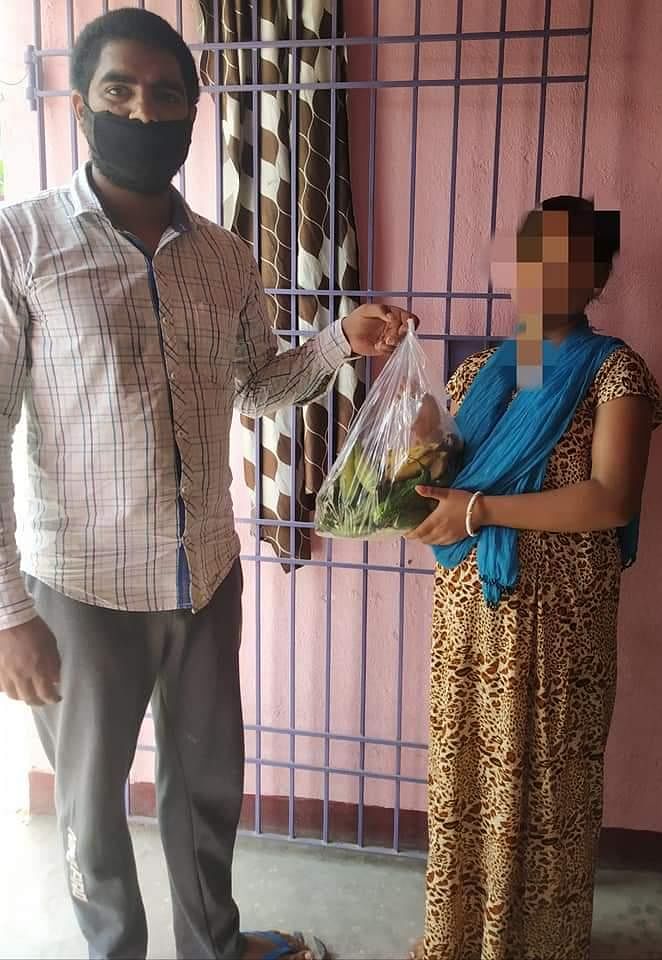 "Since then, I am distributing foods with my own hard-earned money and saving. Every day, I eat food only after coming back home having distributed foods among the poor people from across the areas of Vaishali and other districts included Sonepur in Saran", he said.

After emptying all his savings running around Rs 2.5 lakh from the bank, he was demoralized as he wouldn't be able to help them. Upon seeing this, Roy's wife Manisha Kumari offered her gold ornaments worth Rs 2 lakh to the sale for serving the people.

"If others sleep in hungry in the locality and we wear gold ornaments, it does not make us beautiful but an ugly from within, from character and from being a human being", she said to Roy and sent him to market to sale the gold.

That's the way he continued and never allow more than hundreds of poor families to experience hunger.

Quoting Mahatma Gandhi, "I'm endeavoring to see God through services of humanity; for I know that God is neither in heaven nor down below, but in everyone", Roy said that services to society and needy people in problem are at par with the service of making the nation vibrant and equal to all and sundry.

He claimed that he quit the job in the railway that was offered to him under the sports quota for the sake of social services and since then he is seen roaming around the areas on a motorbike with medicines, vegetables, and food items.

"In the last 69 days, he served the poor families in 250 villages. I pack vegetables, food items at his home and set off to areas carrying them on my motorbike", he said.

Now, he has formed a social organization named as "Yuva Janshakti", for carrying out the social services soon after getting married to Manisha Kumari in 2018.
To date, Roy has distributed foods and medicines, masks and sanitizers of more than Rs 7 to 8 lakh.

"I have come under a debt of over Rs 3 lakh but would continue getting pleasures in serving the people, who have no-fault but being poor", he said.

He was the first youth from Vaishali to sit on the fast unto death for a road that was not mettled for a long time. Finally, the road was mettled with bitumens and his hunger strike was called off.