Guess how much a kg of high quality tea may cost. A special Assam variety fetched Rs 75,000 per kg, the highest so far this year.

Special tea fetches Rs 75,000 a kg
Guess how much a kg of high quality tea may cost. A special Assam variety fetched Rs 75,000 per kg, the highest so far this year. It was sold at the Guwahati Tea Auction Centre (GTAC) last week. Sold by Contemporary Brokers Private Limited, the ‘Manohari Gold Speciality Tea’ was bought by Guwahati-based Vishnu Tea Company. Guwahati Tea Auction Buyers’ Association secretary Dinesh Bihani said some special efforts had gone into the production of the speciality tea by the Manohari Tea Estate in upper Assam’s Dibrugarh. In August last year, the Dikom Tea Estate was in news after its “Golden Butterfly” variety had fetched an equal price at the GTAC. 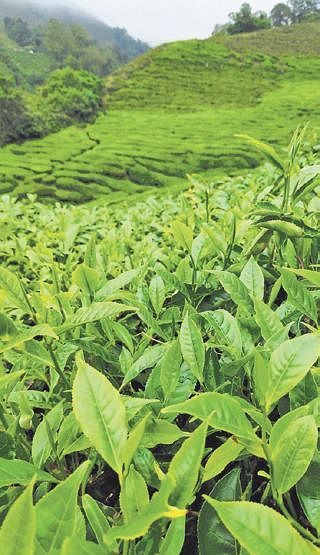 Museum stirs a hornet’s nest
A war of words broke out recently between Assam’s Finance Minister Himanta Biswa Sarma and Congress MLA Sherman Ali Ahmed. Ahmed stirred a hornet’s nest by backing the proposal of an Assembly standing committee for the setting up of a ‘Miya Museum’ at the precincts of Srimanta Sankardeva Kalakshetra in Guwahati. In fact, he had demanded the preservation of lungis at the site. The demand made Sarma, a BJP stalwart in Northeast, to threaten to put Ahmed behind bars after the next year’s Assembly elections. Throwing the gauntlet, Ahmed dared the Minister to do so. The term Miya in Assam is attributed to the Bengali Muslims. The Kalakshetra was built in memory of saint-reformer Sankardeva and it attempts to preserve and promote the rich cultural heritage of Assam’s ethnic communities.

More arrests made in JEE (Mains) scam
The Assam Police busted a JEE (Mains) scam and arrested seven persons so far. Bhargav Deka, the owner of a Guwahati-based coaching institute who had allegedly arranged a proxy for Neel Nakshatra Das, fell in the police net the other day. Neel had topped the exam in Assam. His father Dr. Jyotirmoy Das, who has been arrested, had allegedly approached Deka and the latter arranged a proxy. Das had struck the deal by reportedly paying `20 lakh to Deka. Neel said he had sought to pursue studies in humanities but his parents wanted him to become a doctor or an engineer.

Assam gets new chief secretary
Assam has got a new chief secretary in Jishnu Baruah. He replaced Kumar Sanjay Krishna, a 1985 batch IAS officer who retired after holding the post for ten months. Baruah, a 1988 batch IAS officer of the Assam-Meghalaya cadre, was serving as the additional chief secretary looking after various departments.  After assuming charge, he exhorted the officers to work in close coordination and sought the support of all. He will remain in office till August 2022. Recalling his 35-year-long service, Krishna said he was fortunate to have held several key portfolios. He appealed to the officers to be sincere in their work.