The NIA, in its Elgar Parishad charge sheet, alleged that Navlakha was working as a link between Pakistan’s ISI and the CPI-Maoist. 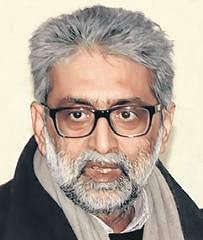 Officials say Parvez and his associates were trying to build ‘a false narrative in the Valley and internationally against the Indian government and the Indian Army’. “There is a link between the two. We are probing whether the two were part of a larger conspiracy to defame India,” a NIA officer said.

The NIA, in its Elgar Parishad charge sheet, alleged that Navlakha was working as a link between Pakistan’s ISI and the CPI-Maoist. In the Jammu and Kashmir NGO terror funding case, the probe agency claims that money was brought in from Pakistan, European countries, East Timor and Fiji amongst others. Officials said the ISI link to the money that was brought in is under investigation.

The NIA has alleged that the J&K Coalition of Civil Society headed by journalist Parvez Bukhari, NGO Athrout and Association for Displaced Persons are all misappropriating funds received as donations to further “secessionist activities in Kashmir”.

On October 28-29, the NIA raided several places in this regard and claimed to have recovered crucial documents which show the money trail and establishes the conspiracy. The Navlakha-Parvez link will also be probed, NIA said.

Now we are on Telegram too. Follow us for updates
TAGS
NIA Elgar Parishad Bhima Koregaon