While adopting all Covid-19 precautions, minimum traffic personnel are being deployed at nakas.

Drunken driving nakas return with options for violators
THE Chandigarh Traffic Police has resumed the drunken driving challan drive by giving two options to suspected violators: either blow into the pipe linked with alcoholsensor or get their blood test done. The drive was put on hold after the imposition of lockdown because of the Covid-19 pandemic. While adopting all Covid-19 precautions, minimum traffic personnel are being deployed at nakas. Since March 25, when the lockdown was imposed, merely five people have been challaned for drunken driving. In March, PGI doctors had advised the Chandigarh Administration to suspend the drunken driving challans drive, finding the then procedures, including the use of single pipe for many people to blow into the alcosensor, faulty. 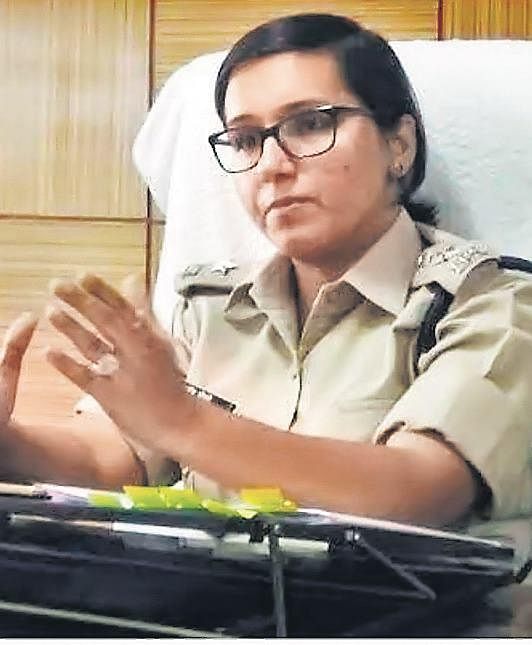 IAS officer, cop engage in verbal spat at Sukhna
Additional secretary (Home) in the Punjab Government Keshav Hingonia and Chandigarh Police inspector Sri Parkash had a heated argument at the Sukhana Lake recently. Hingonia, a 2012-batch Punjab cadre IAS officer, accused Parkash of using abusive language, misbehaving and trying to assault him, while Parkash claimed that Hingonia was walking in the late area without wearing a face mask and was spitting in public, the violating Covid-19 norms. Both the officer have lodged complaints against each other at the Sector 3 police station. Sources said Parkash spotted Hingonia spitting and raised strong objection. The civil servant asked the policeman to talk with him in a decent manner, which triggered a verbal altercation.

UT’s traffic police gets first woman SSP
Manisha Chaudhary, a 2011-batch IPS officer of the Haryana-cadre. has been appointed as senior superintendent of the Chandigarh police (traffic and security), becoming the first woman SSP. The Ministry of Home Affairs (MHA) has approved her appointment on inter-cadre deputation from Haryana to the(Arunachal Pradesh-Goa-Mizoram-Union Territories for three years. She is likely to assume the charge after Diwali. She was currently serving as the SP of Panipat. Shashank Anand, who was holding the post of DIG (security and traffic), was relieved from his duties on July 30 and transferred back to his parent cadre. Currently, SP (headquarters) Manoj Meena is holding the additional charge of SSP (traffic).

‘Water station to be set up soon’
The Chandigarh administration has told the National Green Tribunal (NGT) that due to lack of proper space and infrastructure at the Sukhna choe or N-choe, the real-time water quality monitoring station could be set up at the choe. The administration, however, said it was exploring the possibilities. It said the work will be completed soon as the tender is under allotment. In August, the administration had assured the NGT that the station will be set up at the choe. This choe passes through many sectors of the city and gets flooded during monsoons.