Former BJP MLA Parul Sahu, who is now contesting from Surkhi seat of Sagar district as a Congress candidate, was recently seen frying puris in the kitchen of a family.

Candidates are cooking, in the voters’ kitchen
Former BJP MLA Parul Sahu, who is now contesting from Surkhi seat of Sagar district as a Congress candidate, was recently seen frying puris in the kitchen of a family. Sahu, on the campaign trail, had reached a house to seek votes while the female members were busy cooking. Sahu, much to the surprise of the family, joined them and fried puris before enjoying a meal with the family 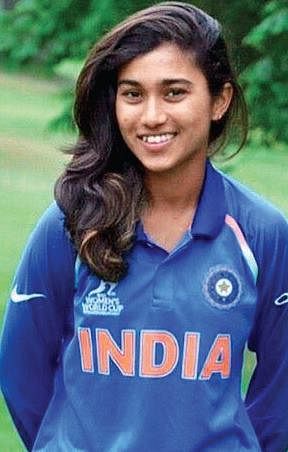 CM Chouhan’s son hits campaign trail
Kartikey Singh Chouhan, the son of Madhya Pradesh Chief Minister Shivraj Singh Chouhan, has joined the campaigning for the assembly by-polls in 28 seats on November 3. Wearing blue denims and a white shirt, the Symbiosis-Pune graduate addressed a meeting organised by the party’s youth wing in Mungaoli assembly constituency of Ashok Nagar district recently. This is not the first time Chouhan has hit the campaign trail. During the 2018 assembly elections, both Kartikey and mother Sadhna Singh had proactively campaigned for Shivraj Singh Chouhan in his Budhni constituency in Sehore district, while the CM was busy addressing meetings across the state. Kartikey is a member of the state working committee of the BJYM.

MP’s Nuzhat to star in Women’s T20 Challenge
Indian wicketkeeper batswoman Nuzhat Parween will be part of the Smriti Mandhana-led Trailblazers team for the Women’s T20 Challenge in the United Arab Emirates. The tournament will be played during the playoffs phase of the ongoing IPL between November 4 and November 9. Parween, hailing from Jayant town of Madhya Pradesh’s Singrauli district, has represented India in four matches so far. The 24-year-old had captained MP’s under-16 football side before taking to cricket in 2011. She had also won a gold medal in the 100 meters dash in a state athletics meet.

Tigress, cub found dead at Bandhavgarh
A 10-year-old tigress and its cub were found dead in the Bandhavgarh Tiger Reserve on Saturday. According to sources, the autopsy suggested that while the tigress had died three-four days back, the cub died possibly on Saturday. Poisoning has not been ruled out as the cause of the deaths, an official said. Search operations by elephant patrolling teams are underway to locate the remaining three cubs of the tigress. The reserve has lost six tigers over the last six months. Sources said that there has been an increase in attacks on human beings in villages around the park. This increase in man-animal conflict could be the reason for these recent tiger deaths.