The University of Kashmir would be conducting the entrance test for various postgraduate courses from September 9 onwards. The test will conclude on September 27.

PG entrance exams from September 9
The University of Kashmir would be conducting the entrance test for various postgraduate courses from September 9 onwards. The test will conclude on September 27. The exams will be held in two shifts – one starting at 11 am and the evening shift from 2 pm – at six locations across the Valley. Admit cards will be available from University’s website from September 3 onwards. Students were advised to follow social distancing guidelines at examination centres. The Varsity warned of fining such candidates, who don’t follow the SOPs. The candidates were advised to carry their own hand sanitiser, mask, and gloves. 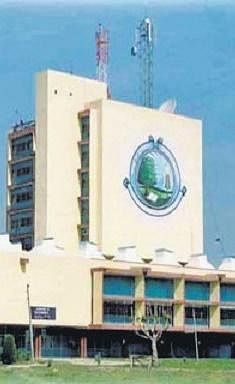 Govt to introduce e-stamping in J&K soon
The Jammu and Kashmir government would soon introduce e-stamping in the union territory. E-stamping is electronically generated stamp paper, which could be used by public as a safe and secure method of paying stamp duty for any purpose without the physical purchase of stamp paper. A schedule for imparting training to the stamp vendors has already been issued in both Jammu and Kashmir divisions. Principal Secretary, Revenue and Inspector General Registrations, Dr Pawan Kotwal said the office has been fully equipped to start online registration of properties under National Generic Documents Registration System (NGDRS) to facilitate the public by providing them an efficient, speedy and hassle-free service mechanism.

Nine districts of Kashmir in red-zone
The government has again classified nine out of 10 districts in Kashmir as red zones after assessing the Covid-19 situation in the Valley. The areas were classified as red, orange and green zones by authorities after taking into account trends in new cases, especially the recent spike in cases. The emphasis was given on the need to control further the spread of the Covid-19 while highlighting risk perception in each district. Barring Bandipora in north Kashmir, the other nine districts in Valley including the summer capital Srinagar were declared as a red zone. The Valley has been witnessing a consistent surge in Covid-19 cases after the lockdown restrictions were eased and lifted.

Mass promotion for Class 10 & 12 students
Jammu and Kashmir Board of School Education has promoted the students of Class 10 and 12 who have passed at least two subjects in their previous exams. It did not conduct bi-annual private exams for Class 10 and 12, and postponed the exams in view of the outbreak of Covid pandemic. The students, who had previously passed two or more subjects in 10th and 12th exams, were promoted. No attendance norm will be applied for Class 10 candidates. The students, who were declared as failed or have passed only one subject, will have to appear in a fresh exam.