Uttarakhand has secured 11th position nationwide in the latest ranking for ease of doing business released by the Department of Promotion of Industry and Internal Trade.

Vigilance department to remain out of RTI ambit
The Uttarakhand government, following a cabinet decision, issued a notification on Thursday to declare the state vigilance department as an ‘intelligence organisation’ to exclude it from the umbrella of the Right to Information (RTI) Act. Last week, in a cabinet meeting, the state government decided to exclude the department from the purview of the RTI following by opposing voices from various quarters. The proposal will be tabled in the state legislative assembly in the upcoming three-day session scheduled from September 23. The vigilance department works as an anti-corruption force where complaints against state officials are registered and investigated. 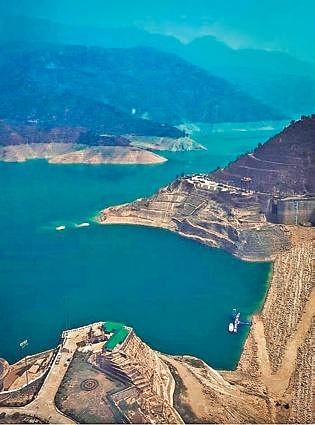 Uttarakhand ranks 11th in ease of doing business
Uttarakhand has secured 11th position nationwide in the latest ranking for ease of doing business released by the Department of Promotion of Industry and Internal Trade. In 2015, the state ranked 15th in the country. CM Trivendra Singh Rawat said that the state has witnessed major changes and reforms in the last three years due to which the position has improved significantly. “Sincere efforts are being put in to ensure investment in the state to boost business and help those people who are planning to invest in the state,” said the CM. He further added that the availability of skilled labour, crime-free environment, easy availability of resources along with close connectivity to Delhi have made Uttarakhand a major centre for investment in the country.

Committee to help those displaced by Tehri dam
A high-powered committee under the chairmanship of the Garhwal commissioner will be formed to resolve the issues of those affected by Tehri dam construction, said Tourism Minister Satpal Maharaj. As many as 415 families were displaced due to the project. “Local MLAs will also be included in the committee, which will have to submit its report within two months. Future action will be decided on the basis of this report,” said the minister after a meeting with state government officials last week. The decision was also taken to install fences and solar lights in villages adjacent to the Tehri dam lake and around the dam. Issues related to providing land for the construction of public use were also discussed in the meeting.

AIIMS helpline for kin of Covid patients
The AIIMS-Rishikesh has launched a helpline number to people get updates about their family members admitted for Covid treatment. The reports and treatment being given to the patients will also be shared with the kin via WhatsApp. The family members of the patients would have to contact the hospital’s ‘Samvaad Desk’ whose phone numbers will be shared with them. For receiving information on WhatsApp, people can connect the help desk by dialling 7217014336. The service will be available 24X7. In cases where patients are already admitted to the hospital, their family members can reach out at 0135-2462929.