It is important to understand that merely chanting ‘Jai Kisan’ and having a few debates on the number of farmer suicides is not enough to bring our farmers out of poverty and distress.

There was a time when more than 80 per cent of India’s population was engaged in agriculture and allied activities. Yet, we were unable to meet our requirements and had to rely on imports from other nations. Due to the shortage of food resources at that time, several laws were enacted which were restrictive in nature and directed farmers as to where and who they could sell their produce to.

We have come a long way since then. In a span of 70 years, we have become one of the top producers of commodities like wheat, rice, milk, cotton and various fruits. This was made possible by identifying the problem areas and finding solutions rather than resisting change. A series of technical adjustments were thought out and the stakeholders were made adaptable to them leading to what is now known as the Green Revolution. Punjab led this revolution and became India’s breadbasket. 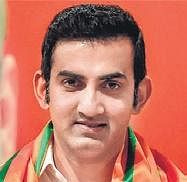 Six decades later we are again standing on the precipice. Our farmers and the entire farm ecosystem have been demanding various structural reforms for a long time and the current political dispensation led by the prime minister is fulfilling these demands through the recently passed farm Bills. These empower the farmers to sell their produce outside the APMC ‘mandis’ to whoever they deem fit.

Through competition and other cost-cutting factors, farmers will now be presented with newer opportunities to get a better price for their produce. Direct engagement with agribusinesses will enable farmers to grow crops with higher market value and also set up consistent supply chains. These reforms will basically turn a buyers’ market into a sellers’ market and have a direct impact on the farmers’ income. Several agro economists including Dr. Ashok Gulati have compared these historic reforms to the delicensing carried out in 1991.

However, certain political parties eyeing the forthcoming elections in Punjab, Uttar Pradesh and Uttarakhand have resorted to spreading misinformation and instigating farmers to oppose these reforms. Their biggest argument is that the Minimum Support Price (MSP), a safety net guaranteed to the farmers, will be discontinued. This fallacious argument can easily be demolished by a simple reading of the Bill in which nothing of this kind has been suggested. It is very clear that all the existing systems shall continue.

Moreover, PM Narendra Modi has repeatedly assured farmers across the country that the system of MSP will remain and so will Government procurement. His commitment to the welfare of farmers is reflected by the fact that under his leadership MSP on several commodities has increased manifold. For instance, MSP on wheat saw an increase by around 1.7 times during the last five years while that on paddy went up by 2.5 times. MSP on pulses has gone up by a whopping 75 times during the last five years.

An interesting fact which completely exposes the false narrative around these reforms is that the party leading the opposition had itself promised to dismantle the Agriculture Produce  Market Committees (APMC) Act in its election manifesto. Several of its leaders have made statements favouring these reforms in the past. The opposition to these much-needed reforms is not limited to challenging the Bills in a democratic fashion. The disgraceful and abhorrent behaviour by TMC and AAP MPs inside the Rajya Sabha confirms that the intention behind opposing these reforms is merely to garner attention ahead of the forthcoming elections.

The AAP MP went one step ahead and assaulted the marshal who tried to stop him from creating a ruckus in Parliament. It is very clear that the interest of farmers is the last priority for those looking to increase their foothold in states and grab power at all costs. It is important to understand that merely chanting ‘Jai Kisan’ and having a few debates on the number of farmer suicides is not enough to bring our farmers out of poverty and distress. India’s farm sector is on the verge of a silent revolution which will lead to improving the efficiency of the existing system, liberating farmers from the shackles of middlemen, increasing their income and ushering in an era of overall growth and development. The false narratives being floated by vested interests should be demolished and the entire country must support the prime minister in this endeavour to improve the lives of those who cultivate the land with their blood and sweat so that you and I can have a healthy meal.

Now we are on Telegram too. Follow us for updates
TAGS
Gambhir Modi Farm bills