Forest officials told to control fire in tiger reserve
Two days after a raging wildfire engulfed parts of Badhavgarh Tiger Reserve in Umaria district, the CM Shivraj Singh Chouhan finally took note of the development on Wednesday. While reviewing the situation, the CM instructed the forest department officials to immediately control the fire to prevent loss of forest wealth, including animals, in the fast spreading blaze. As per informed sources, the fire has spread to many parts of the reserve, including Magadhi, Tala and Dhamokhar ranges. Pictures and videos of the blaze have gone viral all over social media. 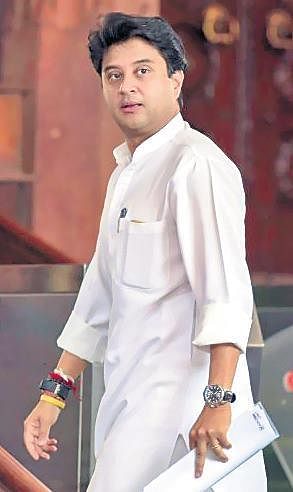 Public pressure forces govt to revoke tax hike in Indore
Mounting public pressure and opposition by both the ruling BJP and the opposition Congress have compelled the state government to suspend a hike in municipal taxes announced two days ago by the Indore Municipal Corporation (IMC). There was growing public resentment in Indore (known as the country’s cleanest city) over the hike in municipal taxes, with major political parties opposing the move. Sensing that the issue could hurt the ruling party’s prospects in the next civic polls, the state government finally announced on Thursday suspension of the hike. “The hike in all types of taxes and user charges has been suspended respecting the sentiments of Indoreans,” local BJP MLA and Madhya Pradesh Water Resources Minister Tulsi Silawat informed.

MP revenue-transport minister tests positive
Govind Singh Rajput, the revenue and transport minister in the Shivraj Singh Chouhan Cabinet, tested Covid-19 positive on Thursday. Rajput, one of the Jyotiraditya Scindia loyalist ministers, took to Twitter on Thursday to post a video, informing that he has tested positive for the coronavirus infection. Rajput, a powerful politician from Bundelkhand region, is the first minister of the present BJP government to have tested positive amid the fresh wave of the outbreak in state. As per sources, he will be treated at a private hospital in Bhopal.

Scindia among BJP’s star campaigners in Bengal
A year after joining the BJP and scripting the fall of Congress government in Madhya Pradesh, Rajya Sabha member Jyotiraditya Scindia has been included in the list of the saffron party’s star campaigners for the ongoing eight-phase Assembly polls in West Bengal. This will be the first time that the former union minister will campaign for BJP outside MP. Scindia’s name figures 24th in the 30-strong list submitted by the BJP to the Election Commission of India. The opposition Congress, however, targeted its former leader Scindia over featuring on the 24th spot, ten places down MP CM Shivraj Singh Chouhan, who is 14th on the same list.