Assam will witness the third and final phase of voting, while it’s a single-phase for Kerala, TN and Puducherry. For Bengal, it’s the 3rd of the 8th-phase voting that will end on April 29.

Tuesday will mark the busiest day of the election season with Assam, Kerala, Puducherry, Tamil Nadu and Bengal going to polls.

Assam will witness the third and final phase of voting, while it’s a single-phase for Kerala, TN and Puducherry. For Bengal, it’s the 3rd of the 8th-phase voting that will end on April 29.

The results will be declared on May 2.

In West Bengal, 205 candidates are fighting for 31 seats. Among the prominent contestants are Assembly Speaker Biman Banerjee (TMC) and journalist Swapan Dasgupta (BJP).

In Assam, 337 candidates are vying for 40 Assembly constituencies.

The Congress-led grand alliance may have an edge as most of the constituencies going to polls on Tuesday are dominated by Bengali-speaking Muslims, who are known to support the grand old party.

In Kerala, a total of 957 candidates, including 123 women, and one third-gender person are contesting in 140 seats spread over 14 districts.

The ruling CPM-led LDF hopes to retain power by breaking the state’s famed ‘incumbency jinx’, while the Congress-led UDF is confident of winning a comfortable majority. Meanwhile, the NDA is eyeing the kingmaker position by bagging seats in double-digits.

An apolitical collective called Twenty-20, which has made impressive inroads in the recently held local body polls, is also in the fray.

If your name is not on the voters list, there is no way you can cast your ballot

But if you find that someone has already cast your vote, then ask for a ‘tender vote’ and exercise your voting right after satisfactorily establishing your identity with the presiding officer

A look at key figures and characters... 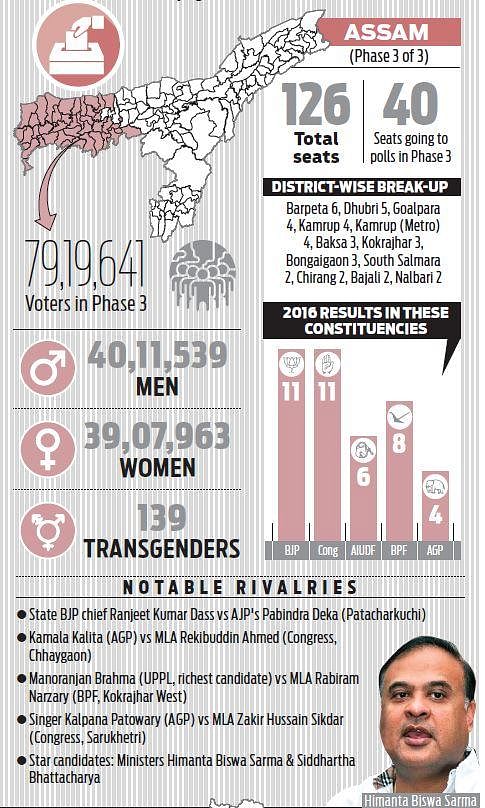 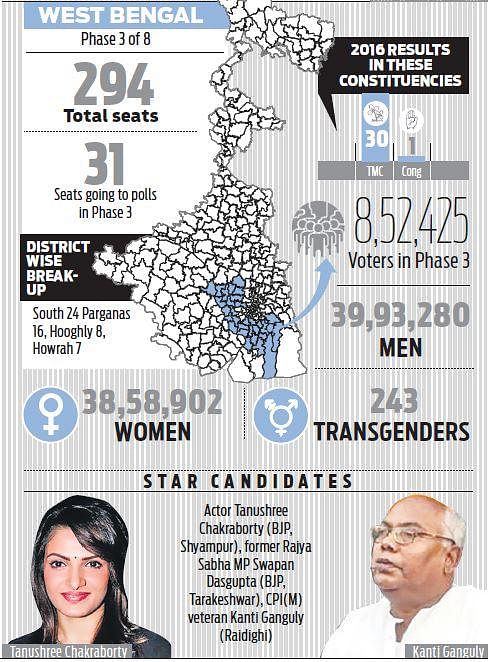