Running out of hospital beds, crematoriums as COVID-19 cases, deaths climb across India

Lucknow and Raipur have witnessed such a surge in deaths that the municipal authorities in these cities are setting up temporary crematoriums, as the existing ones cannot take the load.

Jharkhand is not doing well either, with capital Ranchi reporting a shortage of beds.

Some of these districts also have a shortage of Remdesivir and oxygen to treat the severely ill patients.

Lucknow and Raipur have witnessed such a surge in deaths that the municipal authorities in these cities are setting up temporary crematoriums, as the existing ones cannot take the load.

There are reports of bodies being burnt in open spaces in parts of Gujarat, due to a surge in deaths.

Even though the fatality rate in Uttar Pradesh is not high at 0.4%, authorities are struggling to cremate bodies.

In Raipur in Chhattisgarh, 35 temporary crematoriums have been created. The state government has approved six more is other districts. 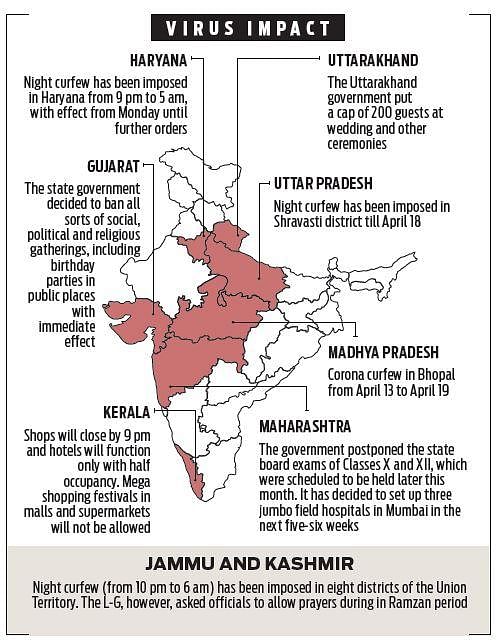 In Maharashtra, there are no beds in 12 districts.

Authorities have decided to set up ‘jumbo’ Covid-19 care centres in every city. Other than that, they have also advised patients with mild symptoms to be treated at home, so that the load on hospitals does not increase.

Getting admitted to hospitals is becoming a major problem in other states also. Ranchi has a total of 2,383 beds for Covid-19 patients.

While 89 per cent ICU beds are occupied in Ludhiana, this number is 80 per cent in Mohali. In Hoshiarpur, 98 per cent of beds with oxygen are occupied.

There being no dedicated Covid-19 hospitals in Mohali and Rupnagar, patients are being referred to Chandigarh.

In Madhya Pradesh, the situation is alarming in 13 districts, with Indore and Bhopal topping the chart. There is pressure on crematoriums in both places.

According to official sources in Bhopal, all major hospitals are running short of beds, including the state government’s Hamidia Hospital and private facilities like Chirayu Hospital and JK Hospital.

The state government is in the process of converting unused government buildings for makeshift Covid-19 hospitals. 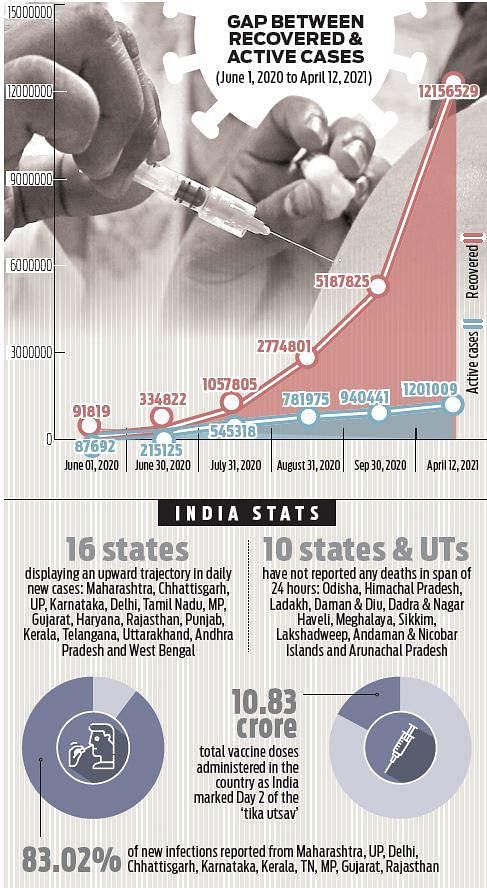 Chhattisgarh Health Minister TS Singhdeo admitted that the situation is turning out to be more challenging than expected.

The state is also facing a shortage of life-saving drug Remdesivir. Against the daily requirement of around 12,000, hardly 2,000 are available.

The state government has deputed two IAS officers to coordinate with manufacturing companies for smooth supply. Lack of resources is not limited to medicines and hospital beds.

Lucknow is also experiencing a shortage of manpower.

“This has become an issue because many of the labourers are reluctant to do the job out of fear. We have deputed 100 people for cremation work. Further, we have improved cleaning and drinking water facilities,” said Lucknow Municipal Commissioner Ajay Dwivedi.

(With inputs from Sudhir Suryawanshi (Mumbai), and Mukesh Ranjan (Ranchi)