Double whammy for Devendra Fadnavis
The former Maharashtra chief minister Devendra Fadnavis courted criticism twice this week. First, when he rushed with his party leaders to Vile Parle police station to defend the owner of a pharma firm who was detained by the police on suspicion of hoarding 60,000 vials of Remdesivir. Many expressed displeasure over him sitting in a police station and threatening the cops when they were questioning a suspect. Another setback was when his nephew, Tanmay Fadnavis, who is under 45 years of age, claimed on social media that he got vaccinated. Devendra Fadnavis distanced himself from this controversy saying Tanmay is his distant relative. 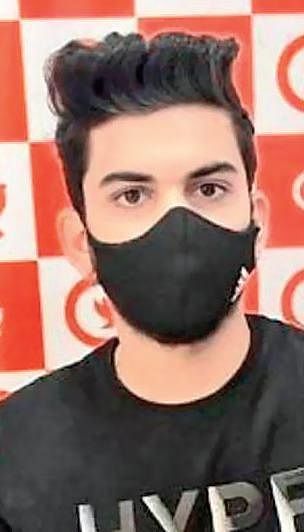 MVA government targeting the Centre to survive
Maharashtra’s Maha Vikas Aghadi leaders seem to have reached a conclusion that if they want the state’s three-party government to survive, then the key is to step up the fight with the Centre. With the pandemic raging, leaders of the ruling alliance have accused the Centre of limiting the supply of vaccines to hard-hit Maharashtra. Even the supply of Remdesivir was limited, they claim. The state administration has tried its best to bring its grievances to the notice of the Centre, but there have been no positive results. Therefore, the Maha Vikas Aghadi ministers have decided to step up their attack on the Centre on every issue as well as every injustice—perceived or real

NCP leader Nawab Malik rattles the BJP
The Nationalist Congress Party minister and chief spokesperson Nawab Malik rattled the entire machinery of the state BJP when he accused the Centre of trying to cut off Remdesivir supply to Maharashtra. He claimed that the government had asked the makers of the drug not to supply it to the state. The BJP state president held a meeting with governor Bhagat Singh Koshyari, during which he demanded that Nawab Malik be sacked from the Uddhav Thackeray-led government. The BJP has called for the registration of an FIR against him for “spreading panic through false information”.

Thackerays fight to take credit
Maharashtra Chief Minister Uddhav Thackeray had written to Prime Minister Narendra Modi asking him to allow a Mumbai-based research institute, Haffkine, to produce Covaxin doses. NCP chief Raj Thackeray had also shot off a letter to Narendra Modi asking the same. Now, as the Centre has granted approval to Haffkine to produce the vaccine, both Thackerays have rushed to claim the credit. Both thanked the prime minister. The same thing happened when the Centre opened up Covid vaccinations for all adults—many Maharashtra politicians rushed to claim the credit.