RAIPUR: An official directive in Chhattisgarh asking the government officials and staff to organize a birthday function of the Congress MLA and parliamentary secretary Shakuntala Sahu on Sunday gone viral and created an embarrassing situation, the celebration was called off later in the evening.

A two-page order issued by the chief executive officer of Pallari janpad panchayat in Badalobazar district has assigned specific tasks to several government employees to ensure all necessary arrangements for the occasion and be responsible to serve over 500 guests. 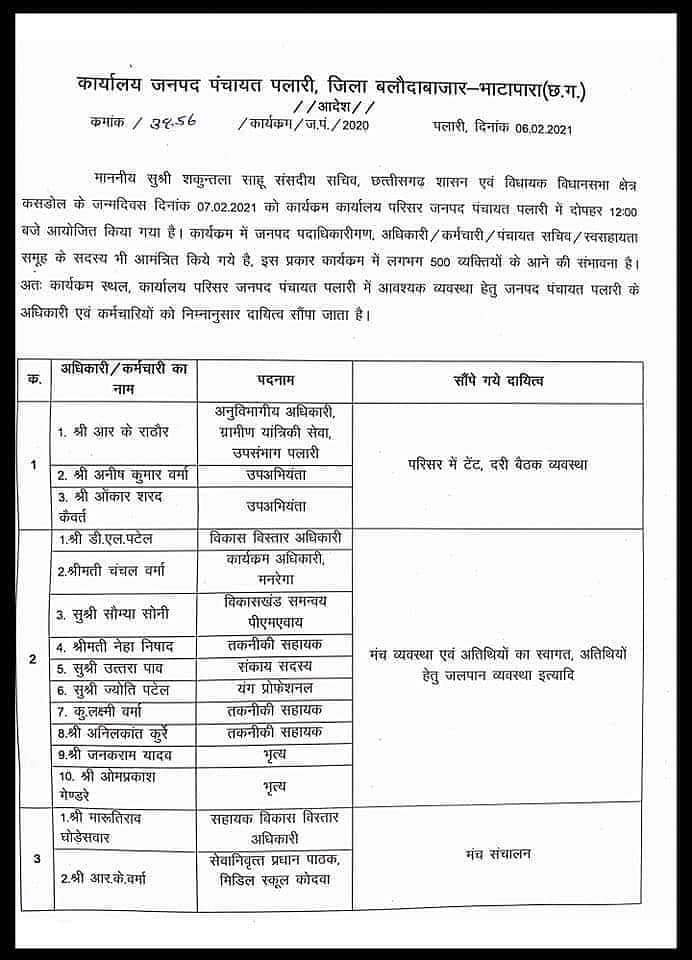 The order carried the name of the officials and their assigned respective duties. Some were asked to arrange tents and lay carpet mattresses while others were instructed to welcome the guests and serve refreshments and drinking water. They were also asked to be in charge of parking, stage management, cleanliness, sanitizers among others.

“Such shameful thing can happen only in the Congress regime. It’s unfortunate such orders are officially given to the government employees to conduct private function of a Congress leader. It should be stopped otherwise it will soon become a practice for every Congress MLA to organise their events through such unacceptable way in future”, said the former BJP minister Kedar Kashyap.

The Congress leaders said that with the program now stands canceled the issue is closed.