The BJP and JDU will maintain a full caste equation in the Cabinet in order to ensure representation of all, sources said.

PATNA: BJP’s minority face Shahnawaz Hussain will be among the prominent leaders to be inducted in Nitish Kumar’s Cabinet in Bihar on Tuesday. The BJP and JDU will maintain a full caste equation in the Cabinet in order to ensure representation of all, sources said. 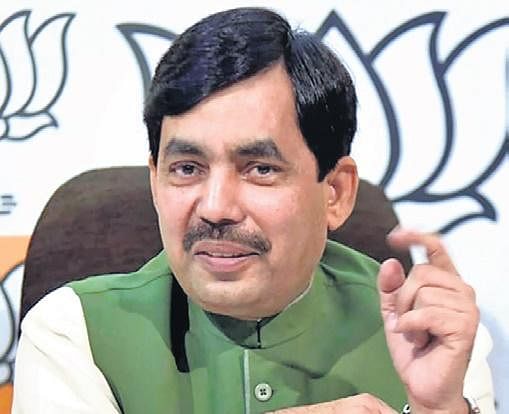 Hussain is likely to become the finance minister. Besides Hussain, the BJP is likely to induct some new faces in the Cabinet, whereas the JDU will repeat some old faces. Speculations finally ended on Monday evening, with a decision to expand the Cabinet taken in the governor house. According to sources, Shahnawaz will be among others from BJP to swear in as minister.

It is also believed that former IPS officer turned MLA from Bhore in Gopalganj, Sunil Kumar may also swear in as a minister from the JDU quota. After Hussain, the second-most prominent face from BJP is Nitin Navin, the MLA from Bankipur in Patna. He belongs to the kayastha caste and has received a call from the party chief to take oath in the Cabinet.

Sources said this expansion may take place between 12 pm and 1pm. As many as 17 including nine from BJP may take oath as new ministers.

Cabinet berth
Shahnawaz Hussain is set to become the first influential face from the minority community in the Cabinet, which will balance the party’s stand. He is likely to become the finance minister.

Now we are on Telegram too. Follow us for updates
TAGS
shahnawaz hussain