IT Rules 2021: Users will no longer have blanket privacy

It is also meant to provide a means of addressing grievances of content that can be harmful to national security as well as the modesty or safety of an individual.

NEW DELHI:  What are the IT (Intermediary Guidelines and Digital Media Ethics Code) Rules 2021?
The new IT Rules 2021 are guidelines meant to empower the users of social and digital media, including social networks, over-the-top. (OTT) platforms and online news sites, and hold those companies offering these services accountable for the content that is circulating on their platforms.

It is also meant to provide a means of addressing grievances of content that can be harmful to national security as well as the modesty or safety of an individual.

Also, according to the circular, “Rules about digital media and OTT focuses more on in house and self-regulation mechanism whereby a robust grievance redressal mechanism has been provided while upholding journalistic and creative freedom.” 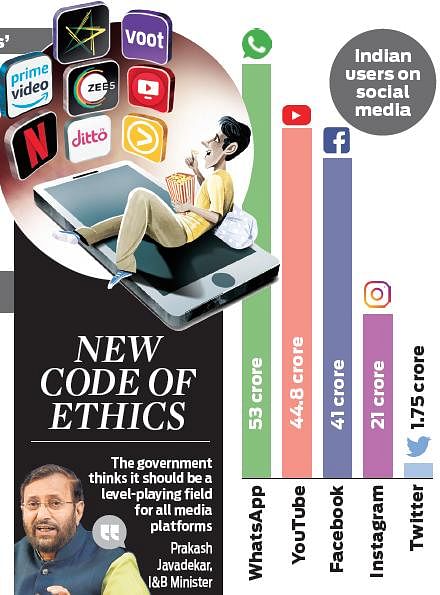 Yes, the new rules drastically increase the onus of social and digital media companies, but its implications reach down to individual users.

While large social media companies such as Facebook, Twitter and their ilk will now be compelled to address grievances over the content on their sites and remove any offending materials, the user who first posted the misinformation or harmful content.

How does it affect me personally?

While we take things like the privacy of our messaging and social media for granted, with apps like WhatsApp giving people the freedom to sometimes misuse the platforms for their own purpose, the new rules affect that anonymity.

People who are used to coming up with rumours, spreading illegally obtained or morphed digital media, and other immoral/illegal data, without the fear of consequences, no longer have that blanket privacy.

If you spread misinformation or knowingly hurt national security or the dignity of a person or groups of persons, companies will be required to disclose your identity to the appropriate authorities. Basically, don’t be that person.

Are these rules immediately enforceable?

Like much of public policy, this is the framework that has just been announced by the government, with a lot of kinks to be still ironed out. Since these are an update to the IT Rules, 2011, they do not require to be passed by Parliament, meaning they will be enforced as soon as the Centre finalises its minutiae, including penalties, exact quantum of responsibility and other aspects.

‘Need to abide by Indian laws’

Centre says social media platforms welcome to do business in India, but they need to follow the Constitution and laws of India

Who began the ‘mischief’?

Social media platforms will be required to disclose the originator of the mischievous tweet in relation to sovereignty, security of the nation, says Electronics and IT Minister Ravi Shankar Prasad .

Now we are on Telegram too. Follow us for updates
TAGS
OTT IT rules IT Rules 2021