The PM did not give him the heads-up and he came to know about the note ban through TV like the rest of the country, revealed Mukherjee, who passed away on August 31, 2020.

NEW DELHI:  The intent of Prime Minister Narendra Modi’s demonetisation was good but its primary objectives were not met even after years of its implementation, according to former president Pranab Mukherjee. The PM did not give him the heads-up and he came to know about the note ban through TV like the rest of the country, revealed Mukherjee, who passed away on August 31, 2020.

The fourth volume of his autobiography The Presidential Years: 2012-2017 was released on Tuesday by publisher Rupa Publications. “It is difficult to assess the exact impact of demonetisation, close to four years after it was implemented. But perhaps one thing can be stated without fear of contradiction: the multiple objectives of the decision of demonetisation... to bring back black money, paralyse the operation of the black economy and facilitate a cashless society, etc, have not been met,” he wrote.

Terming the decision was in line with Modi’s style of making dramatic announcements, Mukherjee said the criticism that followed was only natural. “Demonetisation could not have been done with prior consultation because the suddenness and surprise, necessary for such announcements, would have been l 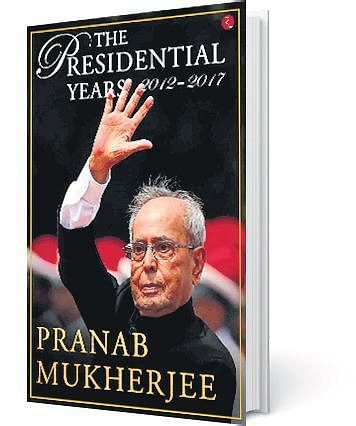 ost after such a process, ” he wrote.

Mukherjee also noted that in the early 1970s, he had proposed demonetisation after the successful implementation of the Voluntary Disclosure of Income and Wealth Ordinance, 1975 but the then PM Indira Gandhi turned it down.

“Indira Gandhi did not accept my suggestion, pointing out that a large part of the economy was not yet fully monetised and that a substantial part of it was in the informal sector. She argued it would be imprudent to shake the faith of people in currency notes. After all, currency notes issued by the Reserve Bank of India represent the commitment of a sovereign government,” he added in his memoirs.

Now we are on Telegram too. Follow us for updates
TAGS
demonetisation Narendra Modi Pranab Mukherjee PM Modi