The policy has also provisions that no homework should be assigned to students up to Class II, and only two hours of homework per week for students of classes III to V.

Schools directed to implement schoolbag policy
All government schools in the city have been told to implement the schoolbag policy. The Education Department of the Chandigarh Administration sent a letter to the principals of all government schools asking them to implement the policy, which directs the weight of textbooks in the bags of primary class students should not exceed two kilograms. The policy recommends three books weighing 1,078 and 1,080 grams for classes  I and II; four books weighing  1,572, 1,804, and 1,916 grams for classes III to V respectively. The policy has also provisions that no homework should be assigned to students up to Class II, and only two hours of homework per week for students of classes III to V. 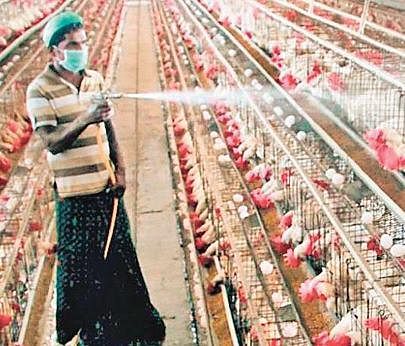 Chandigarh Housing Board bags HUDCO award
The Chandigarh Housing Board (CHB) has bagged the first rank in the country under Housing and Urban Development Corporation’s (HUDCO) Housing, Urban Poverty and Infrastructure category of its slum rehabilitation programme. The award comprises a certificate and Rs 1 lakh. The CHB got this award for rehabilitating slum dwellers to Maloya from across the city. It has allotted around 2,600 of the 4,960 flats constructed under the Affordable Rent Housing Scheme. The Chandigarh Municipal Corporation was awarded the first prize among municipal sectors by the Bureau of Energy Efficiency at the National Energy Conservation Awards-2020 for reducing energy footprint and cutting down on electricity consumption cost.

Chicken, egg prices plummet over bird flu scare
The prices of chicken and eggs have fallen down by almost 50 per cent in the city after the bird flu outbreak.  Besides the prices, sales too have slumped with people giving poultry a wide berth. While the wholesale price of chicken was in the range of Rs 160 to Rs 170 a kg till last week, it now is around Rs 80 per kg. Retail prices too have slumped, from the last week’s Rs 200 to Rs 220 a kg to Rs 120 per kg now. The price of eggs, which were hovering around Rs 150 for a tray of 30 eggs, is down by 50 per cent. However, the prices of fish and mutton have gone up. Fish costing Rs 300 a kg is now fetching Rs 350; mutton price too has jumped by Rs 50 a kg to touch Rs 600.  Officials are into an overdrive to contain the spread of the avian flu that has already taken the poultry sector in its firm grip.

Fund shortage affects development works in 13 adopted villages
Development of 13 villages that were transferred to the Chandigarh Municipal Corporation last year has run into trouble as the Chandigarh Administration has refused to release Rs 102 crore financial grant, citing fund shortage. The administration said that it would be able to release funds only if if the Union government releases money. Under the development plan, roads were to be laid, sewerage and stormwater pipelines constructed, electricity lines and poles erected, 1,200 tube wells sunk, and horticulture works were to be carried out. These villages have no elected councilors as of now and nominated councilors are representing them.