As per data available with the Vidhan Sabha, 49 BJP and 33 Congress MLAs have more than three children.

40% BJP, 39% Cong MLAs have more than 3 kids
At a time when the first draft of UP’s proposed population control law has triggered a national debate, any similar attempt in MP may well lead to 40% BJP and 39% Congress MLAs losing their jobs. As per data available with the Vidhan Sabha, 49 BJP and 33 Congress MLAs have more than three children. At least three ministers in the present government have five or more children. MLAs Walsing Meda (Congress) and Ramlalu Vaishya (BJP) have the most children (nine each), followed by BJP MLA Kedarnath Shukla (eight). 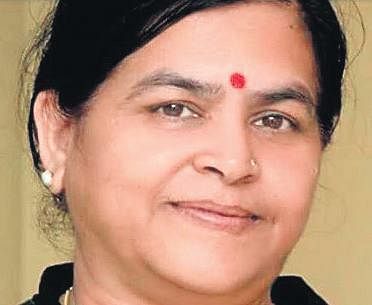 Pragya Thakur wades into in-home jab controversy
Bhopal MP Pragya Thakur waded into another controversy after receiving Covid shot at home at a time when low supplies have kept the jabs out of reach of the commoners. Takur received her first dose at her official residence in the posh 74 Bungalows area of Bhopal recently. The state immunisation officer attempted to play down the issue, saying Thakur was a beneficiary of a special drive for the elderly and the disabled. But the Opposition Congress was not amused, and wanted to know which of the two categories did Thakur (51, who was recently seen playing basketball and dancing in a marriage) fall into. In May, a similar controversy had erupted at Ujjain, where BJP MP Anil Firojiya organized a vaccination drive for his family and staff at his residence.

Scindia beefs up MP’s air connectivity
Within three days of the much-awaited inclusion of BJP Rajya Sabha member Jyotiraditya Scindia into the Union Cabinet as the minister of civil aviation in the Narendra Modi-led Centre, the minister’s home state got eight new flights in one go. Scindia himself tweeted the start of SpiceJet’s eight new flights to connect his home state with Mumbai, Pune, Surat and Ahmedabad. Six of these flights started from July 16, connecting Scindia’s home city Gwalior with Pune, Ahmedabad and Mumbai, while two other flights will connect Jabalpur and Surat.

Rs 100 for a selfie with Culture minister
Clicking a selfie with MP’s Tourism and Culture Minister Usha Thakur will cost BJP workers Rs 100.  Explaining the rationale behind imposing the fee for a selfie, the minister said, “We all are aware that posing for selfies consumes a large part of your precious time. So it has been mooted that whoever clicks selfie will have to contribute Rs 100 to the party mandal’s treasurer concerned. The sum collected will be used for funding the party organisation.” Usha Thakur is also the minister in-charge of Khandwa district. She was in the news recently for appealing to people (who could afford to pay for both doses of Covid vaccination, but still availed themselves of the free jabs to contribute Rs 500 (Rs 250 for each dose) to the Prime Minister’s Care Fund. Thakur was on a short visit to Khandwa district on Saturday. During her interaction with party workers, she asked them to welcome leaders with a book, not flowers. “If you would offer a book, someone would read it and learn from it. So I request you all to offer a book instead of a bouquet,” she said.