He said these concerns are serious and have arisen from the experience of “the 2019 Lok Sabha” elections.

NEW DELHI:  CPI (M) general secretary Sitaram Yechury has written to the Election Commission, raising issues including functioning of EVMs along with VVPAT and the impact of electoral bonds and the role of money power in the conduct of free and fair elections. He said these concerns are serious and have arisen from the experience of “the 2019 Lok Sabha” elections. 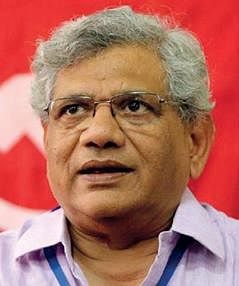 Referring to a detailed report by a civil society organisation named Citizens Commission on Elections (CCE), Yechury expressed concern about the EVM and VVPAT system. He stated that the Indian Constitution mandates and empowers the Election Commission of India with wide powers under Article 324. However, he added that the ECI’s response to the two issues raised since 2019 has been “far less than adequate”.

“We feel it has become imperative to address a major vulnerability in the conduct of the elections. This arises from the introduction of VVPAT in 2013 as a response to address the doubts in the minds of voters as to whether their intended choice is indeed recorded in the counting process” he wrote.

Yechury urged ECI to ensure that a voter’s choice exercised in the Ballot Unit goes into the Control Unit of the EVM, where it is recorded, and then routed to the VVPAT. He said “100% matching of VVPAT output with EVM recorded data” should be done for each booth.

Now we are on Telegram too. Follow us for updates
TAGS
Sitaram Yechury EVM Citizens Commission on Elections