The Raigarh Police carved out a niche for itself by securing the Indradhanush award for the third consecutive time in a year for its exemplary performance.

Raigarh district police wins ‘Indradhanush’ award
The Raigarh Police carved out a niche for itself by securing the Indradhanush award for the third consecutive time in a year for its exemplary performance. Besides winning the trust of masses by solving serious crimes and sensitive cases, the Raigarh Police’s initiatives lead to swift recognition of problems. “Police should be seen as people-friendly and the legitimate authority that can handle issues with resolute determination and fairness,” said Santosh Kumar Singh, Raigarh police chief. The state police launched ‘Indradhanush Award’ to acknowledge the outstanding works delivered by police officers and personnel. 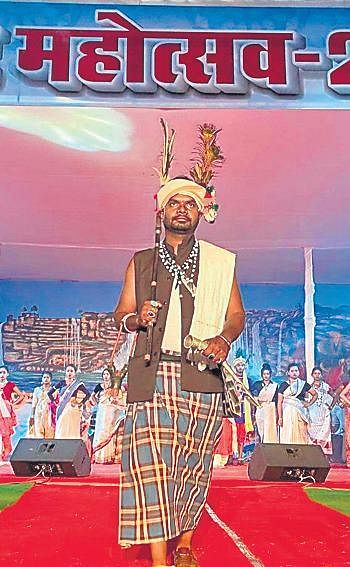 10 per cent Covid vaccines going waste in the state
Around 10 per cent Covid-19 vaccine wastage is being reported in Chhattisgarh as one or two individuals on an average are not turning up as against the required ten persons who can be vaccinated from a single vial. Each vaccine vial with 10 doses should to be used within 4 hours of opening. The health department officials are trying to increase the number of beneficiaries for vaccination. Their target is 1.20 lakh people per day against which only 50,000-60,000 people are getting the jabs at present. There is a need to take up the number of beneficiaries to one lakh, said T S Singhdeo, state health minister, who alleged that the central government is treating Chhattisgarh differently on the question of providing vaccine. The state has vaccine storage facility for three days.

AIIMS gets modular OT, PET scan
Raipur-based AIIMS has received 10 modular operation theatres and a state-of-the-art PET-CT machine. A Positron Emission Tomography (PET) scan is an imaging test that allows medicos to diagnose diseases. The scan uses radioactive tracers. These tracers are swallowed or inhaled or injected into a vain depending on which part of the body is being examined. When detected by a PET scanner, the tracers help doctors to see how well organs and tissues are functioning. Union minister of state for health Ashwini Kumar Chaubey dedicated the facility.

Tribal textile show mesmerises visitors
A unique tribal fashion show in the tribal heartland of south Chhattisgarh has drawn inspiration from nature. Models, mostly from local community, adorned themselves with indigenous textiles and traditional fabric of Bastar during the event. The captivating fashion show with an array of garments was held during the Bastar’s Chitrakot Mahotsav. It also aims to promote the local art and style. The event reflected the textile history of the region. Bastar fashion show is intended to rediscover the roles of traditional weavers and artisans who can contribute in connecting with the mainstream consumers, said Rajat Bansal, Bastar collector.