The report reveals that Covid positive patients’ weekly growth rate is also higher in rural areas. The 3.18% growth rate in Ratnagiri, 2.83% in Budhana, 2.67 per cent in Parbhani, 2.64% in Beed, and 2.60% growth rate of positive cases in Sindhurgh. In Mumbai the growth rate is 0.51% while the doubling ratio is 130 days with 90% per cent recovery. 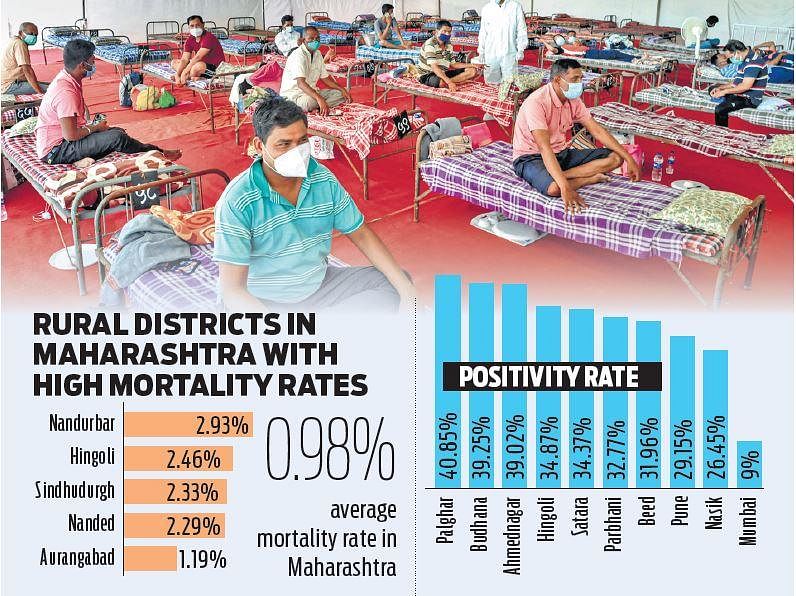 “In the urban localities, people are following lockdown measures strictly, but in rural areas, people are still casual, resulted in the spike in positive cases. If required, more stringent measures will be imposed to contain the spread of the virus and bring down positivity and mortality rates,” Tope said. Latur, the rural district of Maharashtra, is witnessing a major surge in positive cases. The local authority has declared a six-day lockdown starting Saturday at 7 am. So far, 1,467 patients have lost their lives and 65,015 patients have recovered in the district while there are 11,608 active Covid cases in Latur.

Now we are on Telegram too. Follow us for updates
TAGS
Maharashtra Mumbai rural Maharashtra positivity rate Coronavirus