It is almost impossible to choose which authors to profile in this column because there are so many, and they are all prolific writers with deeply impressive portfolios.

It is almost impossible to choose which authors to profile in this column because there are so many, and they are all prolific writers with deeply impressive portfolios. But sometimes an author (or two authors in this case) has to be profiled simply because their lives are seemingly as fascinating as the book that they both (allegedly) wrote. 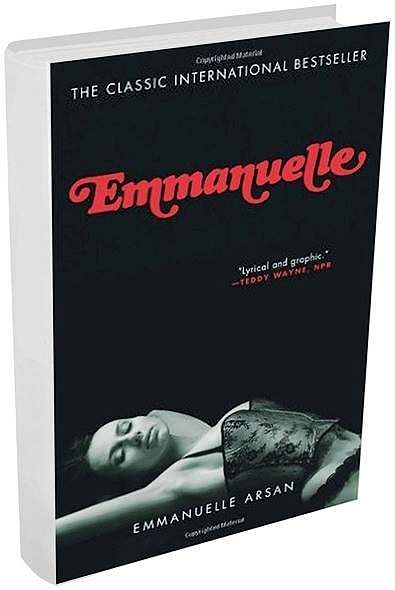 Louis-Jacques and Marayat met each other in 1948 in Switzerland, where Marayat was studying in the prestigious Institut Le Rosey. She was 16 years old, and he was already in the French diplomatic service, and a much older 30. It was love at first sight, but they did not marry until 1956, after which they moved to Thailand, where Louis-Jacques was posted with UNESCO.
The couple quickly adapted to life in Thailand, although their lifestyle was rather unique; they both had a commitment to a hedonistic lifestyle, and indulged in experiments with communal sex. Their reputation for being sexually adventurous was firmly established, and it is alleged that many of the incidents described in Emmanuelle were based on their actual experiences.

In 1963, Louis-Jacques was posted to Italy, and the couple lived in both Venice and Rome; from 1968 onwards the couple lived a jet-setting lifestyle, alternating between Paris and Bangkok. After the book’s success, there was a movie directed by Just Jaeckin in 1974 with the same name, followed by the movie Laure in 1976, based on the adventures of a much younger Emmanuelle. Laure was actually directed by Louis-Jacques, alongside Roberto D’Ettore Piazzoli, but problems with the producer led to his request that his name not be featured in the film’s credits. Marayat also had an acting career, acting in a couple of films, and appearing in Laure as herself. She had a contract with Twentieth Century Fox, although she never worked as an actor for them after 1967.

Between 1974 and 1976, Marayat and Louis-Jacques published the erotic magazine Emmanuelle, le magazine du plaisir (Emmanuelle, the pleasure magazine) in France, contributing photographs and text. The couple had two daughters, Sophie and Daniele, and retired to France to a commune near Callas called ‘Chantelouve d’Emmanuelle’ in the 1980s. It was here that  Marayat fell ill in 2001 when she was diagnosed with systemic scleroderma, a rare and incurable genetic disease.
She died on  June 12, 2005; she was 73. Louis-Jacques died three years later in April. They left the world Emmanuelle, the cult hit that has sold hundreds of thousands of copies since its initial surreptitious publication in France, and that continues to enthral new generations of readers.